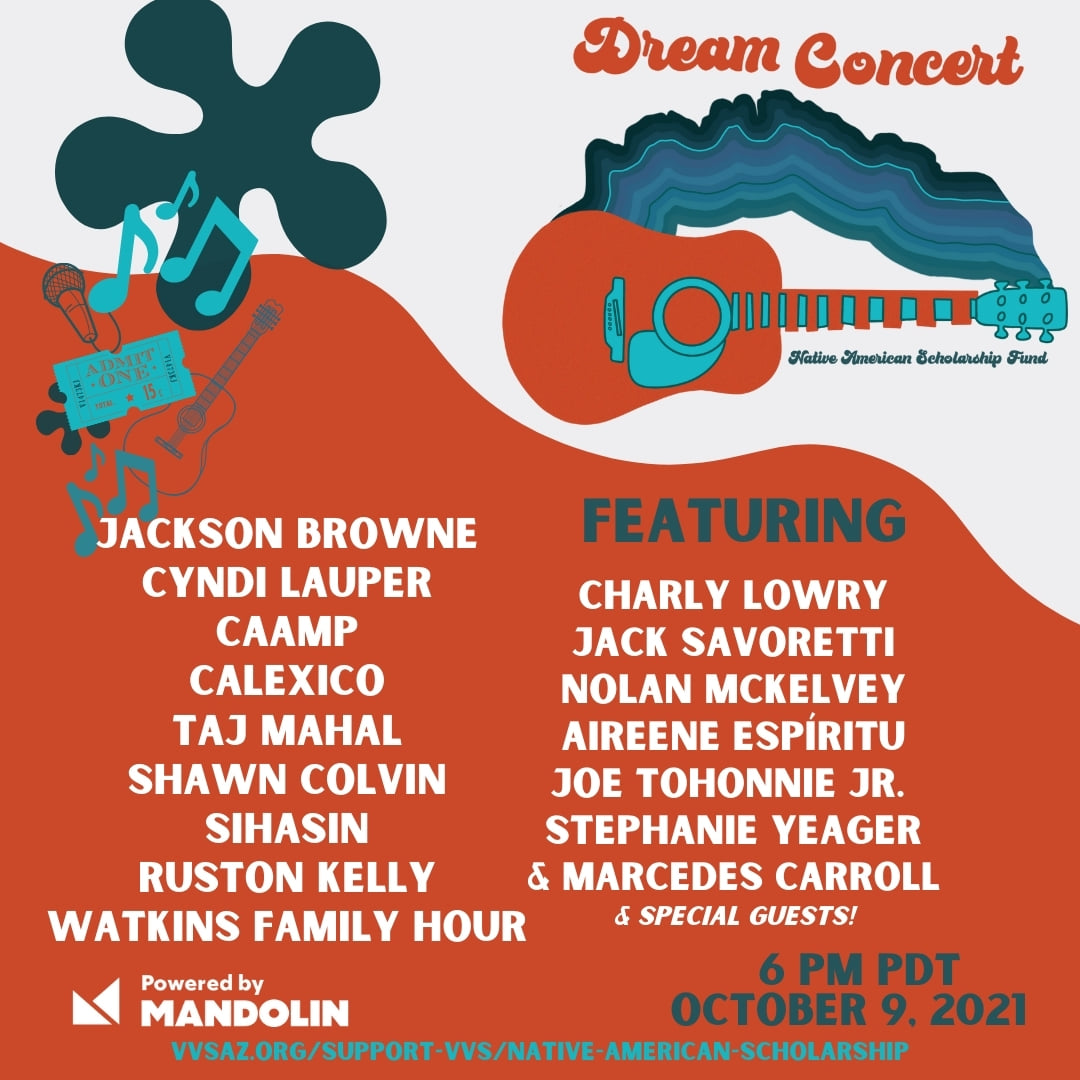 Cyndi Lauper, Shawn Colvin and Sihasin are part of an all star line up for the 2021 Virtual Dream concert streaming on October 9.  The online event kicks off at 6pm PST and will benefit Native American Scholarships at Verde Valley School in Arizona.

In 1990, Jackson Browne created the VVS Native American Scholarship, with annual music concerts on the VVS campus. For the next decade, Browne’s concerts raised tuition assistance for Native American students. Performers who joined in the cause included Neil Young, John Trudell, Bruce Cockburn, Bonnie Raitt, the Indigo Girls, Crosby, Stills, and Nash and many others. They all came to Sedona to raise money for students and raise awareness of issues facing Native American communities.