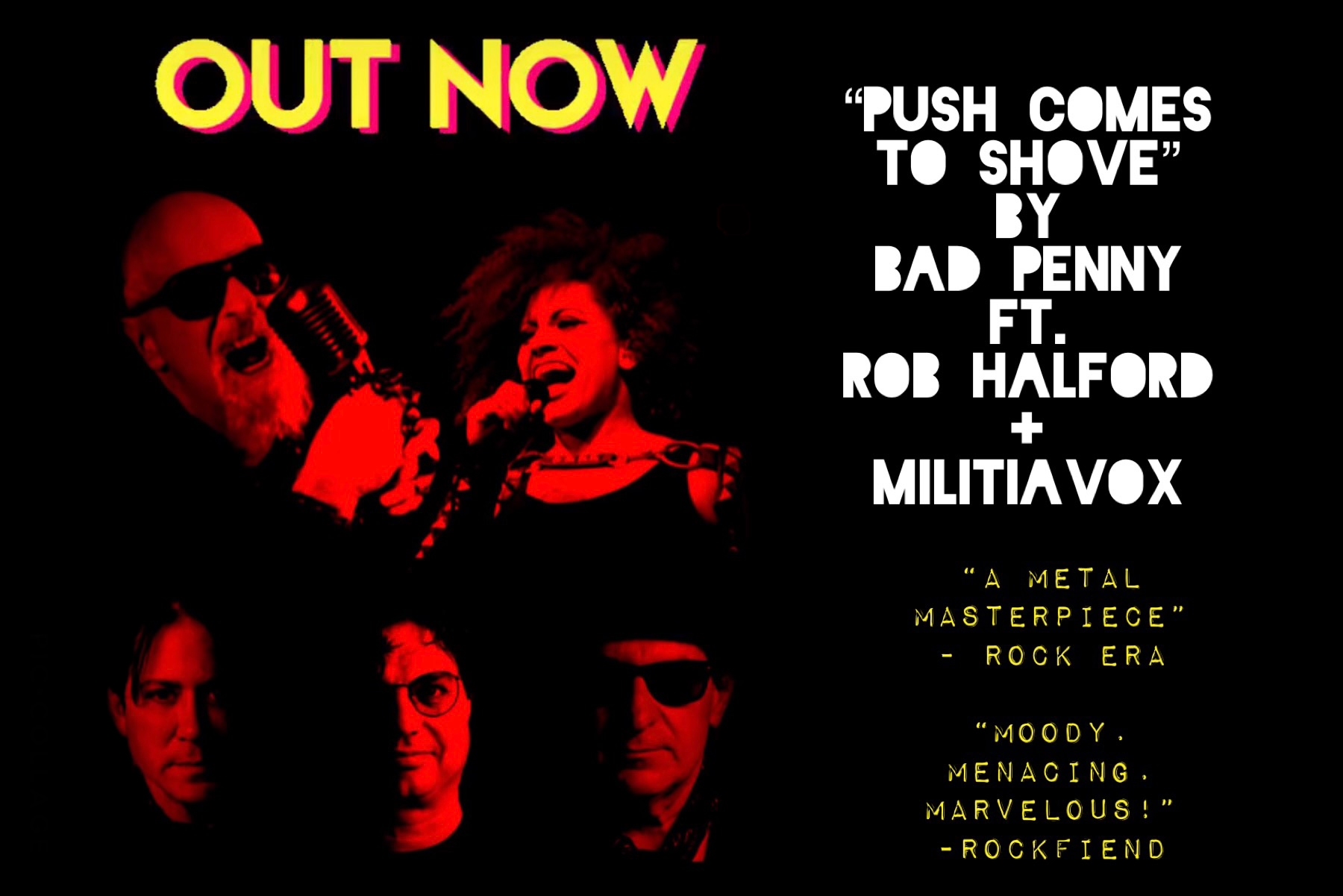 NYC-based award-winning metal singer Militia Vox, who has been dubbed “one of the greatest female rock vocalists of her generation”, rounds out this powerhouse duet. We have been honored to have her speak on our panels during the NAMM Show and various music festivals, and have interviewed her on our Live: Front & Center podcast series – Militia Vox, Singer/Songwriter and Multi-Instrumentalist. Vox has performed, recorded, and toured with a plethora of well-known artists in the music industry including Cyndi Lauper, Living Colour, Nancy Sinatra, L7, Taylor Dayne and members of Guns N Roses.

Below is the music video for “Push Comes To Shove”: