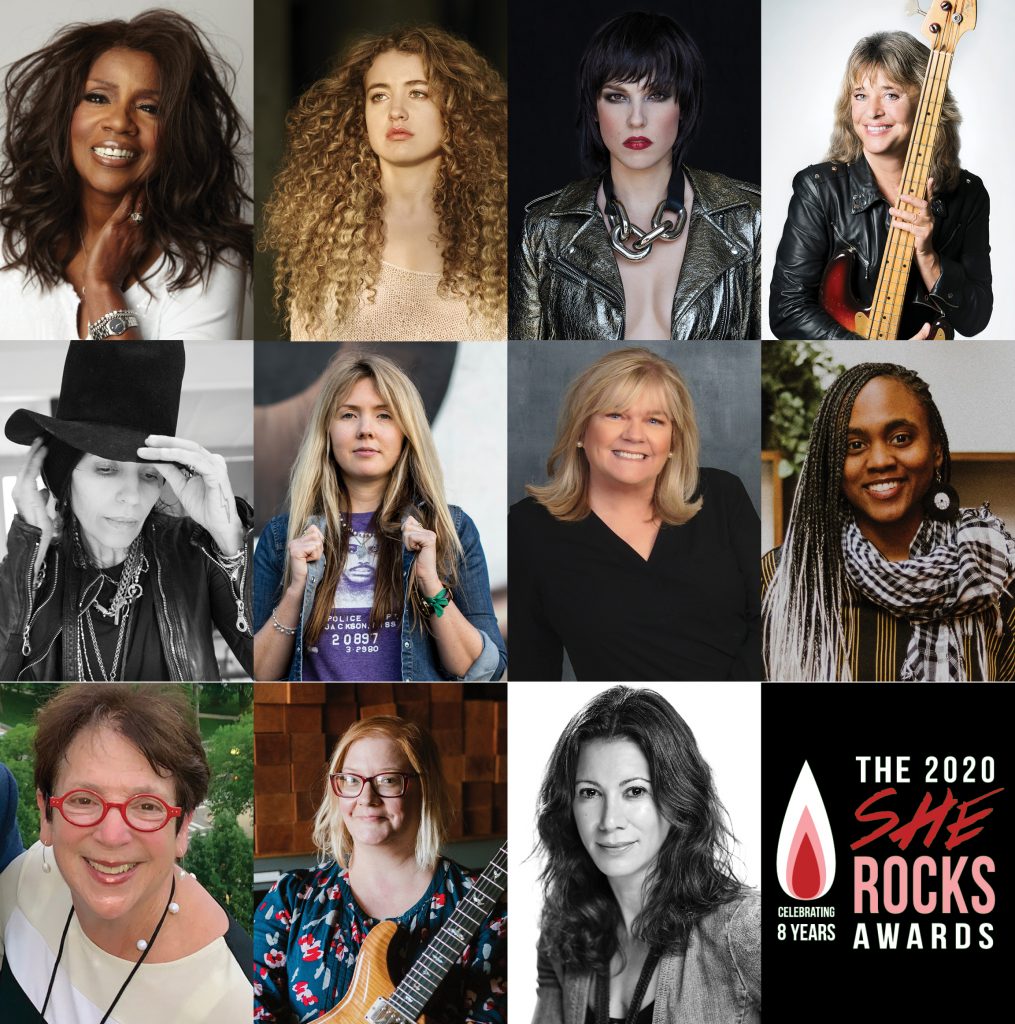 The eighth annual She Rocks Awards rocked the House of Blues Anaheim on January 17, 2020. More than 700 guests enjoyed a memorable celebration that featured a star-studded array of honorees, including Gloria Gaynor, Lzzy Hale, Linda Perry, Suzi Quatro, Tal Wilkenfeld and many others.

Kicking off the evening was the opening act, Marshall Records’ artists, D_Drive, who came all the way from Japan to join in the celebration. Guests were then treated to a performance by the evening’s co-host – saxophonist-vocalist Mindi Abair – who performed a brand new unreleased song which, fittingly, was titled, “When There’s a Woman There’s a Way.”

The sheer level of talent in the room was undeniable, as each musical guest gave an over-the-top performance. Linda Perry delivered an intimate, piano-based performance of “Not My Plan” and then launched into a hauntingly beautiful acoustic guitar version of the hit she had written for Christina Aguilera, “Beautiful.” Suzi Quatro rocked the house with her rendition of “Johnny B. Goode,” and Lzzy Hale of the heavy rock band Halestorm, kept the show’s energy in high gear, performing her band’s songs “I Get Off” and “I Miss the Misery.”

Throughout the evening, WiMN and She Rocks Awards founder Laura B. Whitmore, along with Mindi Abair and her co-host – Lyndsey Parker from Yahoo Entertainment – honored 12 fabulous and diverse role models from all corners of the music and audio industry.

The grand finale came from the legendary Gloria Gaynor, who gave a rousing performance that included her GRAMMY-nominated track, “Talkin’ ‘Bout Jesus,” from her new gospel album TESTIMONY, followed by her timeless anthem “I Will Survive,” which of course brought the crowd to its feet!

The evening, and the mission of the She Rocks Awards was best summed up during the honoree speech of musician Tal Wilkenfeld, who said, “When I’m on stage I’ve never thought to myself ‘I’m really feeling the groove here…for a chick.’ Right now, we may be in a ‘male dominated industry’ because we’re outnumbered, but I’m pleased to see so many women choosing not to put up with being ‘male dominated’ in their personal or professional lives.” She continued, “Thank you to She Rocks, you’re a fantastic and necessary organization. I hope you will continue to inspire women, men, and the media at large, until the question asked is no longer, ‘What’s it like being a chick in this business,’ but, rather, ‘What’s it like being YOU in this business?’”

Here are the 2020 She Rocks Awards honorees:

The She Rocks Awards pays tribute to women who display leadership and stand out within the music industry, and has become a standard at the NAMM Show. Previous award recipients include Melissa Etheridge, Pat Benatar, The B-52s, Colbie Caillat, Sheila E, Chaka Khan, Ronnie Spector, Orianthi, Lisa Loeb, The Bangles, and many more, plus a collection of role models from all walks of the music and audio industries.

THANKS TO OUR SPONSORS: 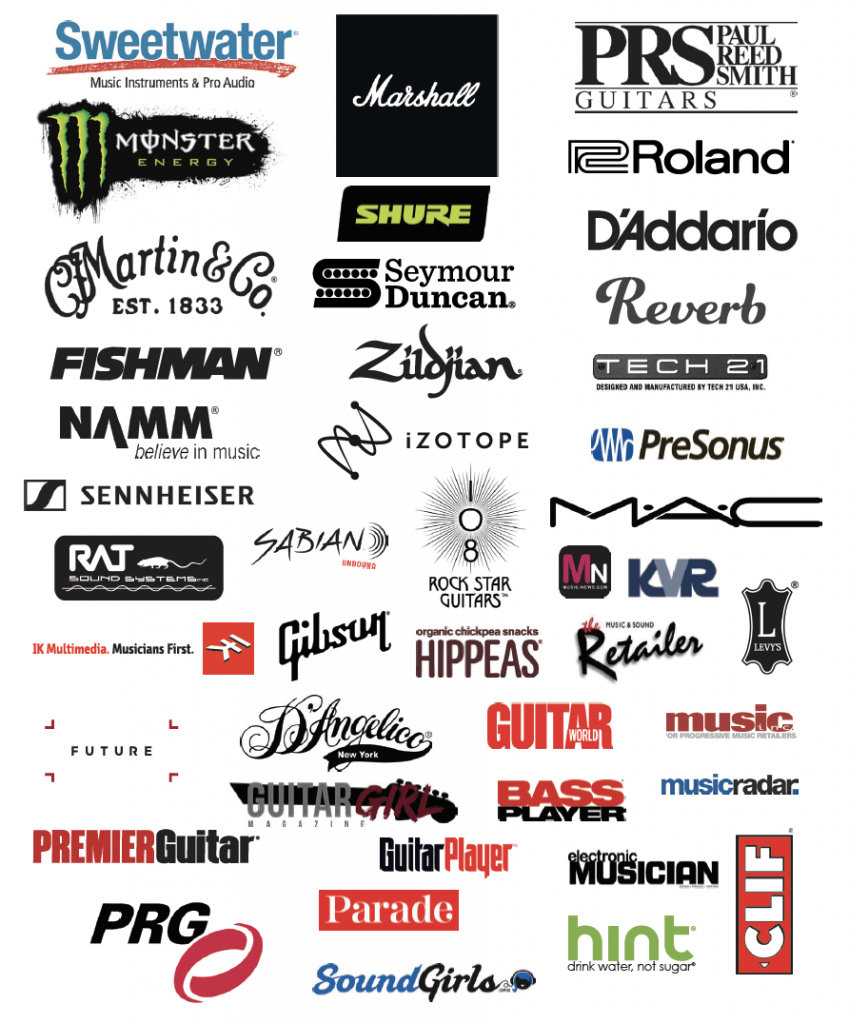 See highlights from the 2020 She Rocks Awards: