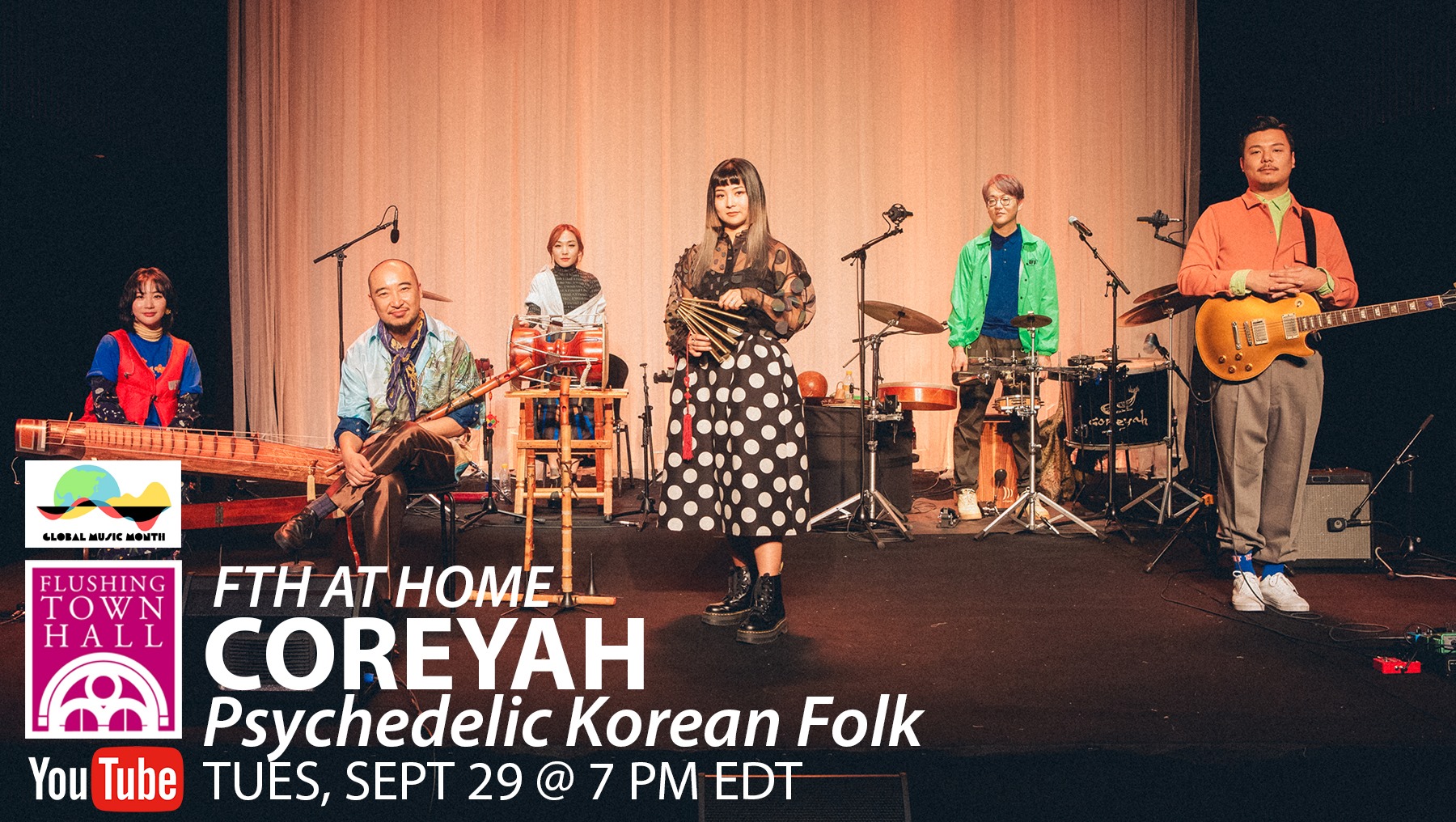 Since their 2010 debut, Coreyah has pioneered a new style of Korean music that blends genres of contemporary ethnic and popular sounds while still maintaining the distinctive characteristics of traditional Korean instruments. Join FTH for this special virtual concert, as Coreyah performs music from their latest album ‘Clap & Applause’ showcasing their long-standing effort to infuse pop into traditional music through bold, youthful style, heartfelt lyrics, and a psychedelic sound.

Coreyah has been invited to numerous internationally known stages, such as Sfinks Mixed(2012), Edinburgh Fringe Festival (2013), Mundial Montréal(2016), Budapest Spring Festival(2017), and New York SummerStage(2017) and so far, It has performed in more than 36 cities in 27 countries. The band has thus been active both at home and abroad. It has released a single album entitled Walk Into The Sea(2011) as well as full-length albums, such as Whale of a Time(2013), Song of Ancestors(2014), and Seoul Folks(2016), Clap&Applause(2020).