Growing up in the 1970’s I never imagined I would live to see the day when a live performance would feature all women owning the stage, rocking out loud, proud, rowdy and fierce. But, as a kid I was clueless that it wasn’t even a thing to see a woman take command with a microphone, or wow the crowd with a slick bass solo or guitar shredding mania. I just accepted the fact that nearly all mainstream music was dominated by men; from Top 40 songs that poured through my radio speakers, to theme music in the movies that defined my memories.

Now in 2020, I am so relieved to know better. From awards shows like Black Girls Rock and our very own She Rocks Awards, to music camps and organizations that empower young girls through music education such as Girls Rock Camp Alliance and Sound Girls.org women continue to shift the paradigm, shattering social stigmas within the music industry. One such event that recently celebrated International Women’s Day is known as Gritty in Pink, a celebration of women in music featuring the one-and-only, all-girl jam with rad, female-fronted bands.

“Gritty in Pink is a truly magical experience. It’s a tribe of supportive, powerful, and inspiring women musicians, a community so needed and welcomed in the L.A. music scene,” said Julianne Q of Julianne Q and The Howl.

Founded by Shiragirl (founder Warped Tour Shiragirl Stage), Gritty in Pink added to the amazing tradition of women holding up other women, with their Women’s History Month event. On March 3, Gritty in Pink took over the Satellite in Los Angeles, California for an all-girl jam and some seriously great music. The event also partnered with Keep A Breast Foundation to help spread the world about breast cancer prevention. The night featured DJ Suzi Moon and was hosted by comedian Brandie Posey with openers Nadia Turner (Finalist on Season 4 of American Idol), Shiragirl, and one-woman band, Plasmic.

“Gritty in Pink is the perfect space for us to honor, celebrate, and support each other. It’s always a blast to rock with my fellow ladies,” said Eva Gardner, bassist for P!nk, who played the inaugural event and returned this month.

“The girl power and the love and support were palpable,” said Jessica Littlefield. “They have created a wonderful thing.”

“Plasmic opened Gritty in Pink with a life-size Barbie doll, lots of props, and a drag queen dancing around,” said founder Shiragirl. “It was the perfect way to open up the night.”

Follow Gritty In Pink on Instagram for an announcement about their upcoming April 7 show. This unique event will take place on the first Tuesday of every month. 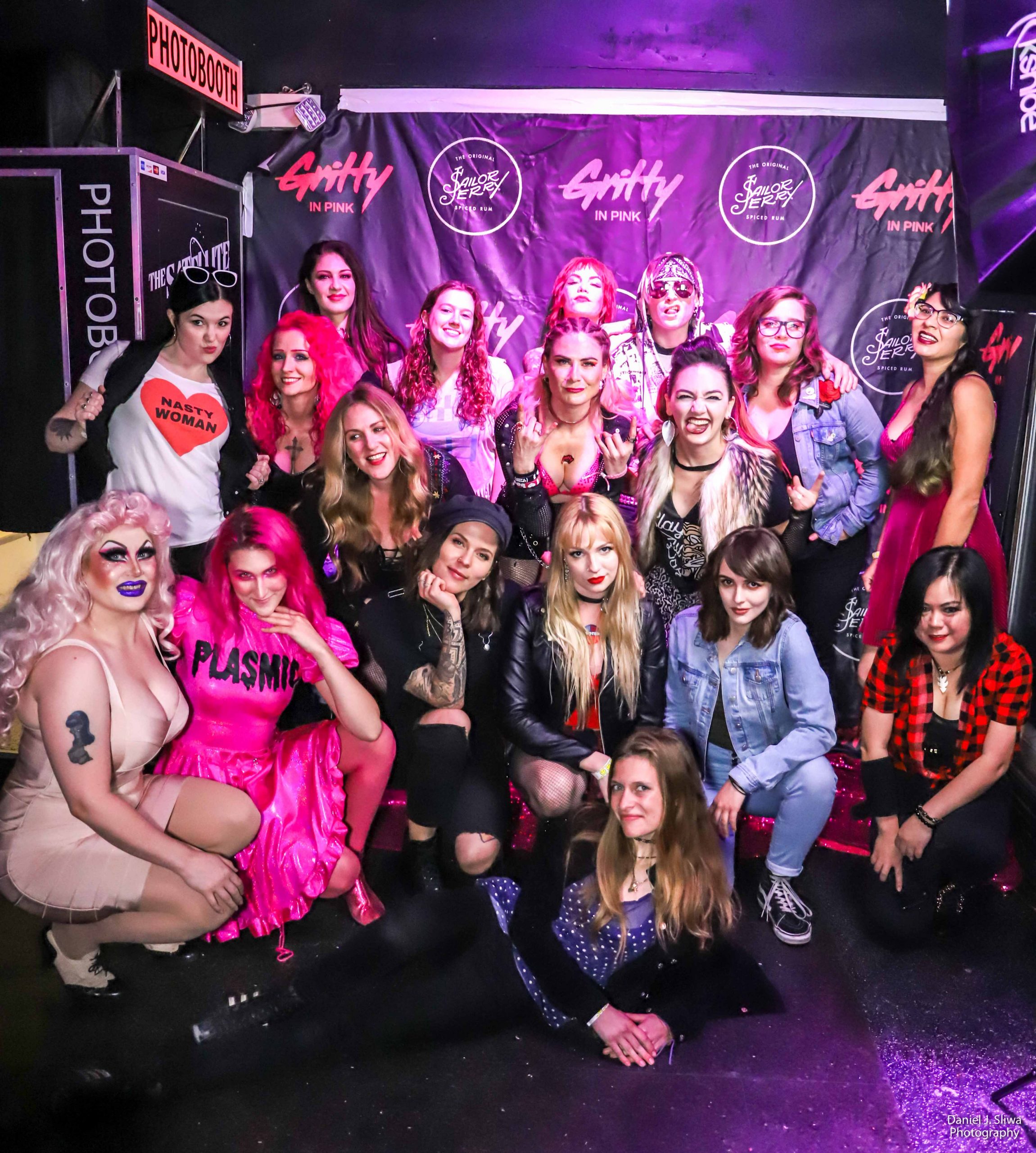