Singer/songwriter Ashe has shared a new intimate, stripped-back performance video for her breakthrough track, “Moral of the Story.” Co-produced by Finneas and Noah Conrad (BTS) and co-written by Ashe, Finneas, Conrad and Casey Smith, the track appears on Ashe’s EP, Moral of the Story: Chapter 1 on Mom + Pop Music.

A graduate in composition & production from the renowned Berklee College of Music, Ashe gained notoriety in the electronic space after collaborating with the likes of Louis the Child, Whethan, Shaun Frank, Ben Phipps, Party Pupils, Big Gigantic and co-writing the Demi Lovato single “You Don’t Do It For Me Anymore”. Her solo career kicked off with her first single “Used To It” and the subsequent EP The Rabbit Hole, culminating in her evolution as an artist and songwriter with the expressive body of work released as two EP’s, Moral of the Story: Chapters 1 and 2, both executive produced by Finneas.

More information on Ashe can be found at her official website. 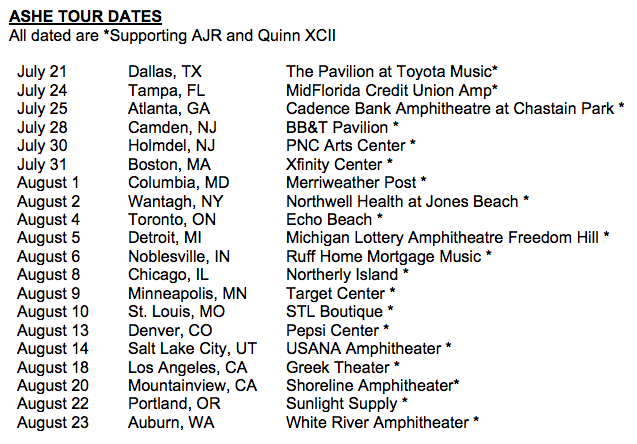