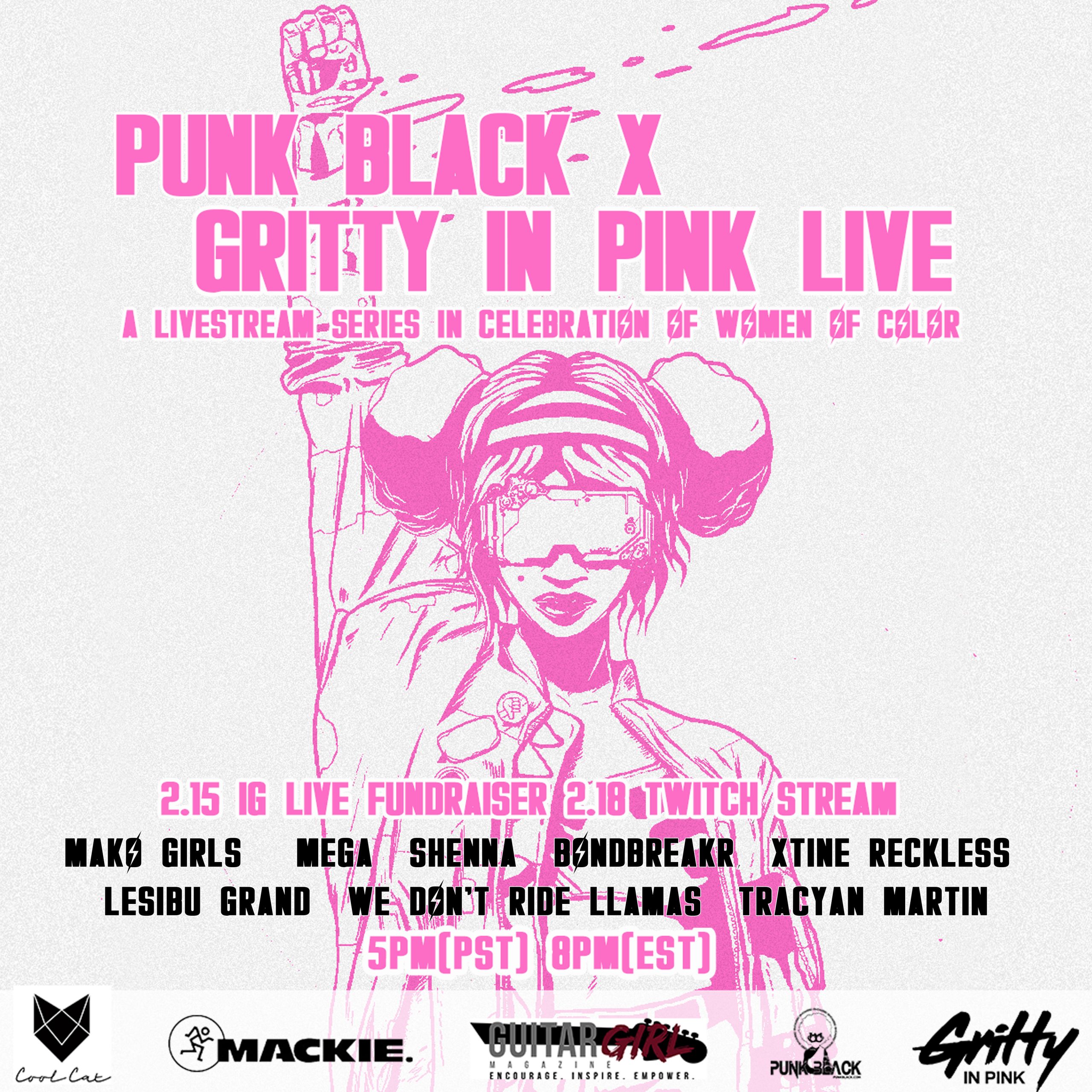 Hosted by Shiragirl, along with special co-host punk artist Xtine Reckless. During the pre-show event via Gritty In Pink’s Instagram, viewers can expect appearances, performances, and exclusive interviews with artists. The second half of the series will continue on February 18th at 5p PT / 8p ET live via Punk Black’s Twitch. Both shows will be sponsored by Mackie, Cool Cat Wine, and Guitar Girl Magazine, benefiting special charity partner, The Mad Housers.

Gritty In Pink debuted their February Bandmate of the Month MEGA, who will be making an appearance on the Black History Month special. The February cover star spoke about the challenges she faced in the music industry: “A lot of people underestimate you based on how you look in this industry. Personally, I love when people underestimate me, because once I show them what I’m made of, it makes my output look even more impressive. Also the industry likes to pit women against each other for some reason. I’ve been put in a lot of collaborative situations that gave off competitive energy. I’ve dealt with a lot more challenges due to my race rather than my gender though.”