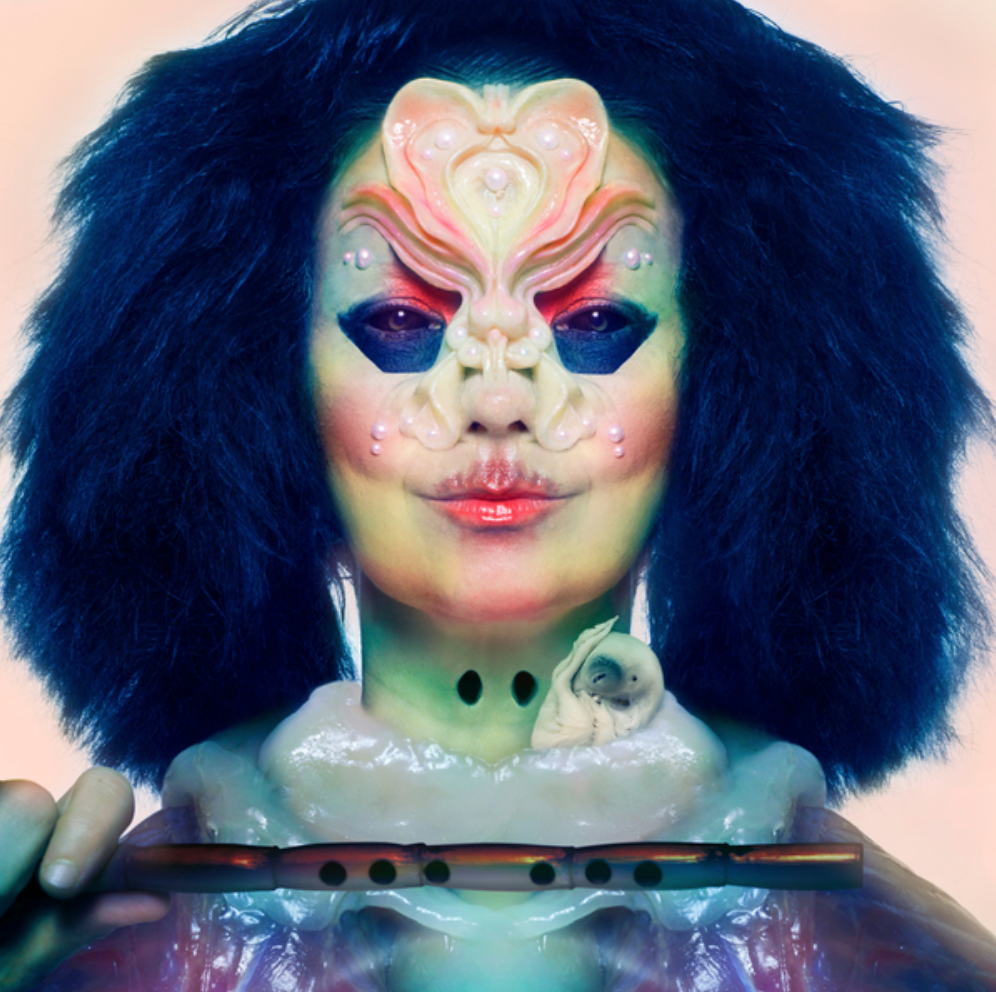 Utopia is the ninth studio album from Björk, out November 24 via One Little Indian Records.
The album is written by Björk with five of the 14 songs co-written by Arca and one of the songs co-written by Sarah Hopkins. All of the songs except one is co-produced by Arca. One of the songs is co-produced by Rabit. Björk formed a twelve piece Icelandic female flute orchestra, which she arranged for and conducted. She also wrote an arrangement for Hamrahlíðarkórinn, a choir conducted by Þorgerður Ingólfsdóttir. The album was edited and structured by Björk on Protools. It was engineered by Bergur Þórisson, Bart Migal and Chris Elms. It was mixed by Heba Kadry and Marta Salogni and mastered by Mandy Parnell.
The album cover was created by Jesse Kanda, in collaboration with Björk, James Merry and makeup artist Hungry. The rest of the album artwork will feature new digital illuminations and typography from MM Paris. 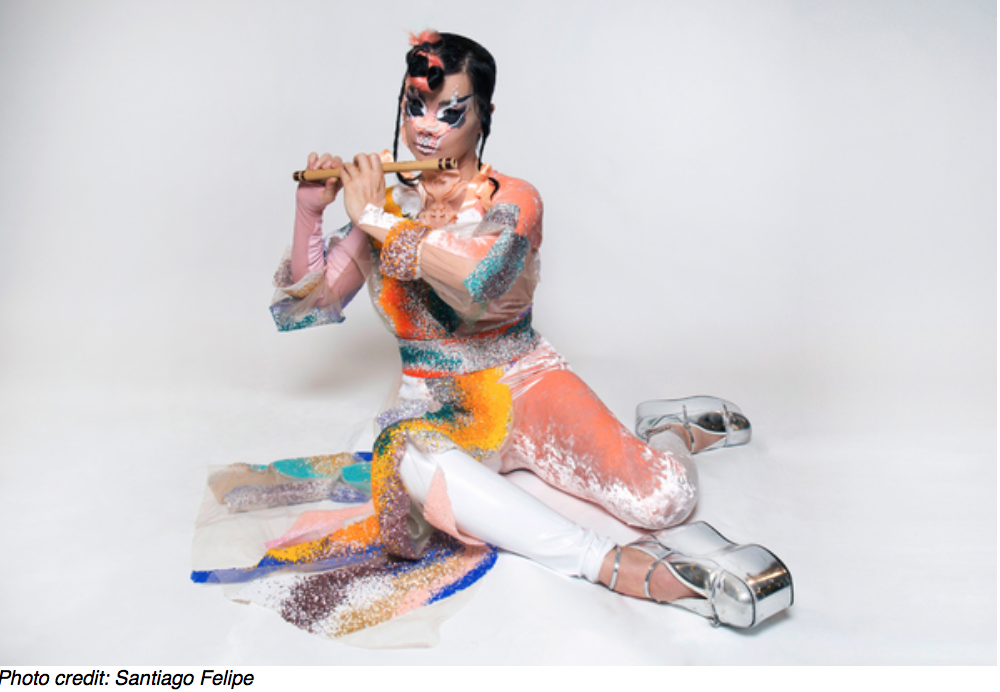 In a statement on her Facebook to announce the album she wrote:
i am so overwhelmingly humble while announcing my album utopia is coming out end of nov . i can´t wait for you to hear it . this is the cover made by the warm extraordinary talented Jesse Kanda and was assisted by me , James Merry and Hungry . thank you for telepathically getting me !! over the moon and jupiter gratitudes to magical Arca for making the music of this album with me : what a profound and nourishing trip this has been !!! thousandfold appreciation and headbowing . hope you like it , warmth , björk
Björk will also be the first artist to use cryptocurrency in a meaningful way, making her album available to pre-order and buy with Bitcoin (BTC), Audiocoin (ADC), Litecoin (LTC) and Dashcoin (DASH) – all now valid currency in her online store.
The first track from the album was released last month titled “The Gate” and with a video directed by Andrew Thomas Huang. Preorder ‘Utopia’ at https://bjork.lnk.to/utopia