Alternative rock duo Ashland have released their highly anticipated new album, Over The Moon, out now via Rise Records. The band has also shared a brand new music video for their song “OMG”. Ashland are vocalist Asia Marie and Aaron Wood who recently wrapped up their first full U S tour with Our Last Night, I See Stars, and The Word Alive. Fans in Chicago can catch their next performance later this month as they ring in the new year at a special New Years Eve show with Motion City Soundtrack at House of Blues on December 31st.

Purchase Over The Moon here: ashland.merchnow.com/products/music

Hailing from a small-town in Illinois, Ashland took their name from a long-ago phenomenon that speaks to both destruction and transcendence. “My grandma told me a story about an old town that had been burned down by a fire and was renamed Ashland once it was rebuilt.” explains Asia Marie. “We love the idea of beauty and growth coming from pain and struggle, and I think it really connects with the whole spirit of our band.”

Ashland formed in 2014 after Aaron and Asia linked up through a Craigslist ad. Despite their shared passion for punk and post-hardcore, the two musicians came from wildly different backgrounds: Asia grew up singing in church, choir, and musicals and taught herself piano and guitar as a kid, while Aaron took up guitar in fifth grade and then played in bands all throughout high school (in addition to producing for local acts later on). With Aaron describing the duo as “driven to the point of insanity,” the band soon began booking shows every place they could: VFW halls, friends’ basements, the parking lot of a Hardee’s in nearby Springfield. With their self-released EP Interim arriving in 2015, Ashland soon adopted a highly collaborative creative process by mining the songwriting material that Asia had secretly stored up for years. “She’d been hiding all these songs forever, and finally we pulled a ton of them out and started working on them,” Aaron recalls. “We’d had a strong chemistry from the beginning but taking a more collective approach to songwriting really helped refine our sound and set us on the path we’re on now.”

On their sophomore album Over the Moon, Ashland channel that spirit into a batch of songs spotlighting boldly inventive guitar work and radiant vocal presence. Mainly produced by Kris Crummett (Dance Gavin Dance, Issues) and partly recorded with their longtime collaborator and close friend Matthew Amelung (a producer/engineer who passed away from cancer in June 2019), the band’s Rise Records debut unfolds with an entirely original sound that merges perfect pop melodies, genre-bending experimentation, and a consistent element of rock-and-roll. 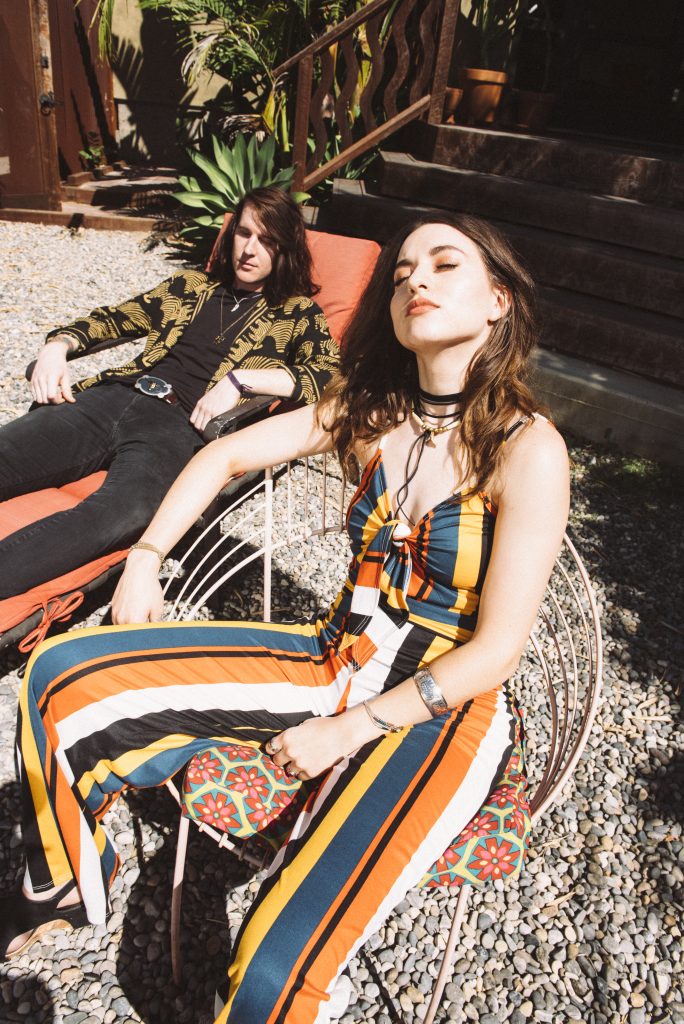