The Women’s International Music Network (the WiMN), proudly announces the 2019 She Rocks Awards honorees. Paying tribute to women in the music industry, the seventh annual She Rocks Awards will take place at 7:30p.m. on Friday, Jan. 25, 2019, at the House of Blues Anaheim, during the NAMM Show. Tickets can be purchased at sherocksawards.com.

Janis Joplin to be honored with a Lifetime Achievement Award

The 2019 She Rocks Awards recipients include:

In addition, a lifetime achievement award will be introduced into the evening, this year honoring Janis Joplin with a retrospective and performances by guitarist Orianthi, Australian vocalist Vanessa Amorosi, Emily Armstrong of Dead Sara and the She Rocks Awards house band, Rock Sugah, led by Divinity Roxx.

Other additions to the program will be announced soon.

Co-hosting the event are Lyndsey Parker and Christine Devine. Parker is a music and pop culture expert who is currently the music editor at Yahoo Entertainment and co-host of the weekly SiriusXM show Volume West. Devine is a 16-time Emmy-winning FOX 11 news anchor on KTTV who was named one of the top 50 women changing Los Angeles by Los Angeles Magazine. 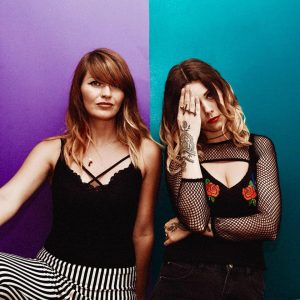 This year’s opening performers will be London/Belfast-based alternative rock-pop duo REWS, consisting of Shauna Tohill (Vocals/Guitar) and Collette Williams (Vocals/Drums). The duo has generated a buzz on the UK and Irish music scene and BBC Radio. They’ve had an exciting 2018, releasing their latest single “Can You Feel It?” in September 2018 and supporting Halestorm on a UK tour before launching their own UK headline tour.

“We can’t wait to honor these incredible women at the upcoming She Rocks Awards,” said the WiMN founder, Laura B. Whitmore. “Representing all corners of our industry, they each lend a unique element to our celebration of women in music.”

This high-energy evening includes live music, awards and speeches, celebrity appearances, a fabulous silent auction, amazing gift bags and so much more! Tickets are now on sale, available in four tiers that include dinner and more. This event is open to the public; a NAMM Show badge is not required to attend the She Rocks Awards. Find out more and purchase tickets at sherocksawards.com.