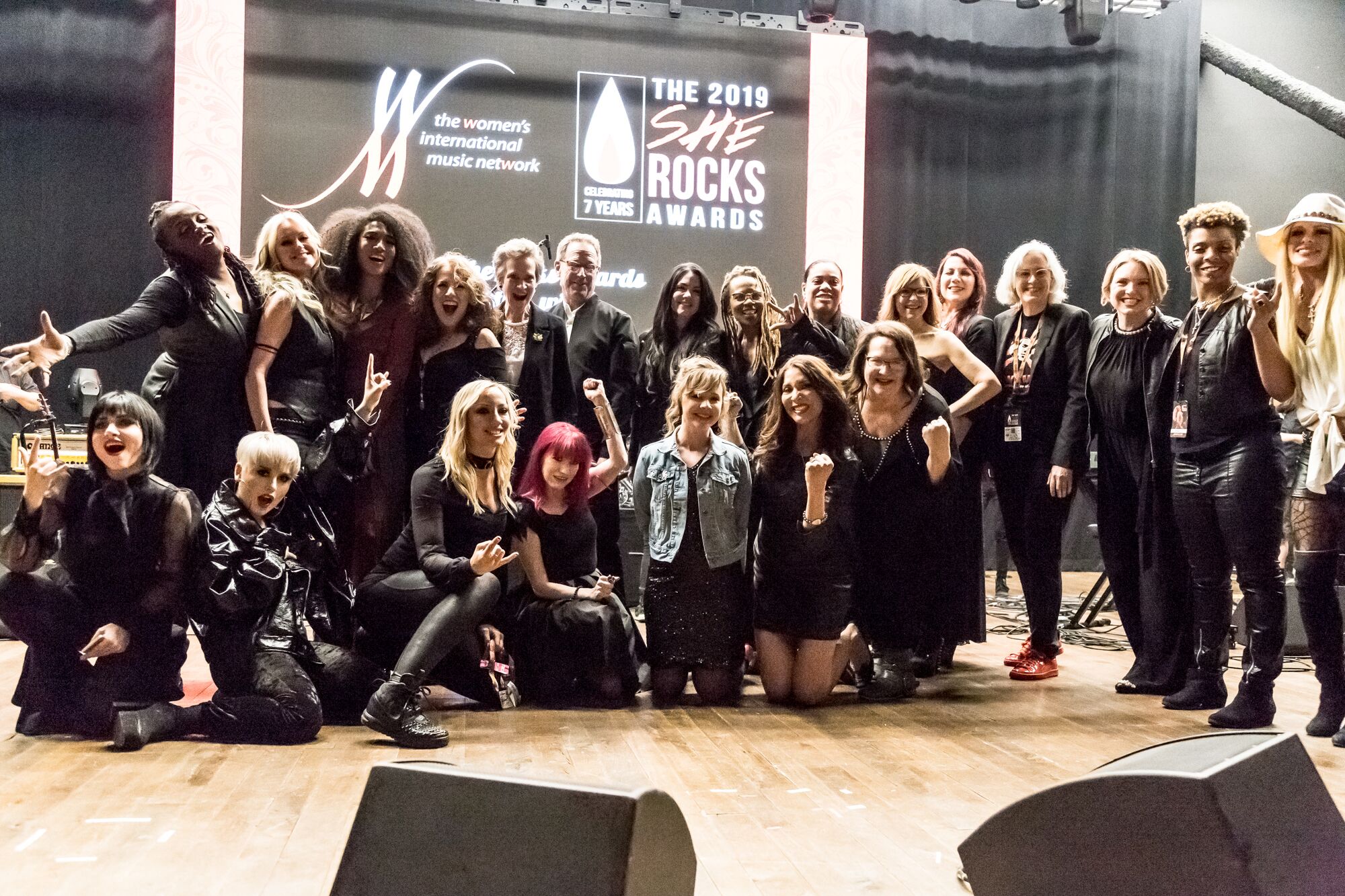 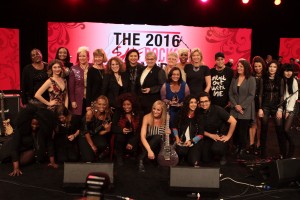 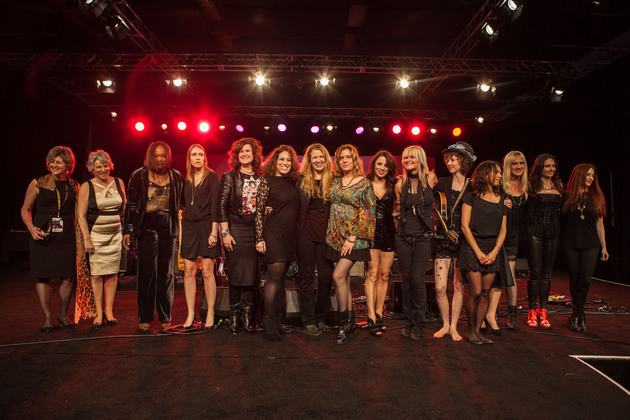 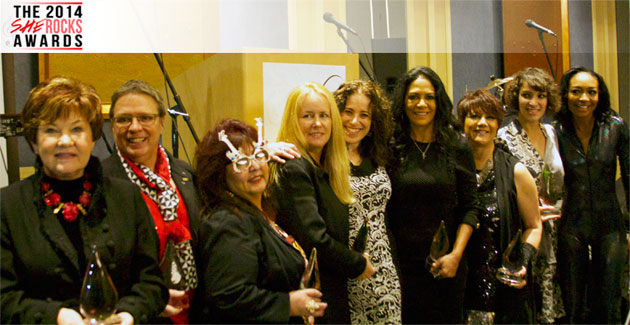 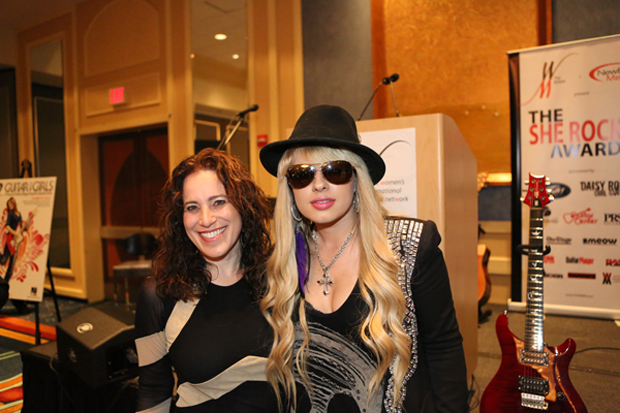 WiMN Founder Laura B. Whitmore with guitarist and award recipient Orianthi at the 2013 She Rocks Awards.