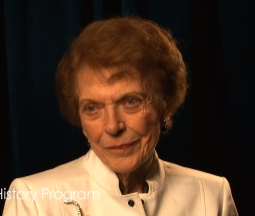 Ruth Charles, co-founder of Charles Music Store and Studios in Glendale, Calif., passed away peacefully on Sept. 5 at the age of 89.

According to the National Association of Music Merchants (NAMM), Charles and her husband Dick enjoyed a long life together as music makers, teachers and retailers of musical products. The couple pioneered many products in the southern California area including those of Yamaha and Roland. Their friendship with Mr. Kakehashi, the founder of Roland, has been one of the most cherished elements of their lives in music.

Her obituary, which can be seen here, recognizes Charles as a true trailblazer, and details her philanthropist efforts. She established music scholarship funds in both her husband’s and her names at Michigan State University and Glendale Community College. In 2011, Charles Music became the first music retail gallery sponsor of the Museum of Making Music in Carlsbad, Calif., adding an entire new wing to the museum.

Watch her oral history below, and per her family’s request, if able to, donate to the American Cancer Society in her memory here.