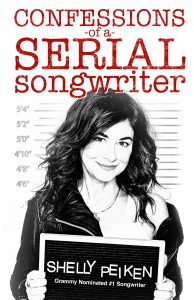 You’re probably already a fan of Shelly Peiken, but you may not realize it.

The songwriter, who has penned hits such as “Bitch,” “What A Girl Wants,” and “Come On Over, Baby,” has written for everyone from Christina Aguilera to Celine Dion, from Brandy to Mandy Moore, Britney Spears to Demi Lovato, to Selena Gomez. It’s highly likely that, if you’ve listened to the radio at any point during the past few decades, you’ve heard her work.

Now, Peiken has tackled a new writing challenge with her book, Confessions of a Serial Songwriter, a witty and thoroughly entertaining memoir that details her journey from playing the family piano in her Long Island home to becoming a multi-platinum, GRAMMY-nominated songwriter working with the biggest names in the music business.

It’s easy to see why Peiken has had such a successful and productive career. Her writing in Confessions of a Serial Songwriter is effortless and engaging; sincere without taking herself too seriously. Thanks to her years of writing in three-minute-song format, she has the gift of tight storytelling, and some pretty fantastic source material from her years of collaborating with a host of colorful characters. Originally born from posts on her blog, and helped along by entries in what she describes as “at least a hundred journals that I’ve kept since I was twelve,” the idea for a book-length collection came as she realized that, in today’s current track-and-topliner-based songwriter reality, she “just wasn’t having as much fun.”

After years of co-writing and the creative generosity it was requires, the book helped her reclaim the joy of writing in her own voice. “I was allowed a lot more wind,” she says, “…I had a lot more time than three-minutes [to work with]. Memoir form was very indulgent because it was all about me. The palette was bigger…the stories were there.” Although she admits that she still prefers a partner for what she refers to in her book as “Song Sex,” or “the act of getting together with someone and writing a song.” 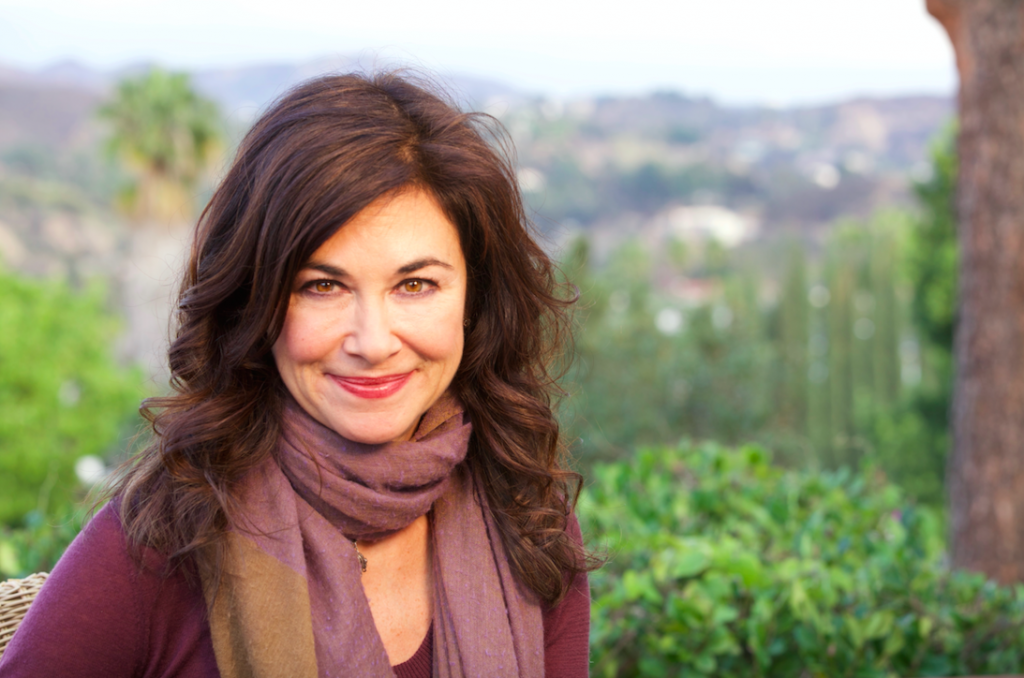 The vignettes she writes about in her book give readers an in-depth look at the sometimes magical, sometimes maddening world of song crafting. “My favorite writers,” she says, “have been the ones who have been very confessional and very personal and not afraid to open themselves up to the parts of themselves that are not very attractive.” Peiken does just that, opening herself up in an utterly charming fashion.

From the bad-day car ride that inspired “Bitch” to meeting a shy, pre-global fame Christina Aguilera in an unremarkable North Hollywood apartment, Peiken unpacks the stories around her songs, and the variety of people who shared in their creation: good, bad, and ugly. She speaks about her influences, (Carly Simon & the Beatles, in particular), major life events (meeting her husband, Adam, and the birth of her daughter, Layla), growing older in an industry that worships youth, and the little mistakes, twists, and turns that make a career interesting. And she does so while maintaining a sense of humor about it all.

In a time when songwriters’ rights are very much in question, so much so that many in the industry are wondering whether it’s even possible to make a sustainable living in today’s music-streaming marketplace, it’s important to remember the voices behind the hits. Peiken is an advocate for fair pay for content creators in the digital marketplace and an active member of SONA (the Songwriters of North America), an organization begun by songwriting partners Michelle Lewis and Kay Hanley that fights for songwriter pay parity. Though the situation is complex (to put it lightly) Peiken is determined that solutions exist: “We are not going to run away with our hands up and say ‘It’s no use.’”

If there’s one impression that Confessions of a Serial Songwriter leaves on the reader, it’s how much fun work can be if you’re doing something you truly love. Sure, there have been difficult times, but Peiken is a tough cookie and a true-blue artist to the core. “You have to have no choice,“ she says when asked about advice for up-and-coming songwriters. “You have to say, this is what I want to do, and there is no other option, [then put] one foot in front of the other, with your whole heart in it.”

Pick up your copy of Confessions of a Serial Songwriter here, and keep in touch with Peiken here for information about upcoming readings and concerts.