Paralandra are Changing the Face of Female Representation

There are bands who have heart, and then there’s Paralandra. Literally built on family and friendship, this melodic, hard rock band checks more than the usual boxes. In these incredibly trying times, Paralandra are attempting to fight some of the hate and negativity with the video debut for their newest single , “Love Will Win.”

“‘Love Will Win’ talks about all of the low moments in history; war, hate, division, etc., but also paints an uplifting message that, even amidst all the negativity the world surrounds us with, and despite our past, we can hope and pray that love will inevitably prevail,” Casandra says. “I think it’s important to always have hope that things will get better, no matter how bad they seem at the time.”

Along with this uplifting message, Casandra wants to keep the narrative around female inclusion positive instead of focusing on the negative, adding “What’s most important is that you’re bringing awareness to a community of women who just want to be seen as musicians, singers, instrumentalists, and above all, equals. A great and inexpensive way to support the scene is to share the bands that you love with your friends! Turning a friend onto someone else’s music may impact their life, and the band’s career, more than people realize.”

Starting this April, Paralandra will be uploading behind-the-scenes videos and footage to YouTube to help spread the word about their undeniable chemistry and music. Stay on the lookout for a glimpse at what it’s like to be in a band, on tour, and writing music with friends and family. 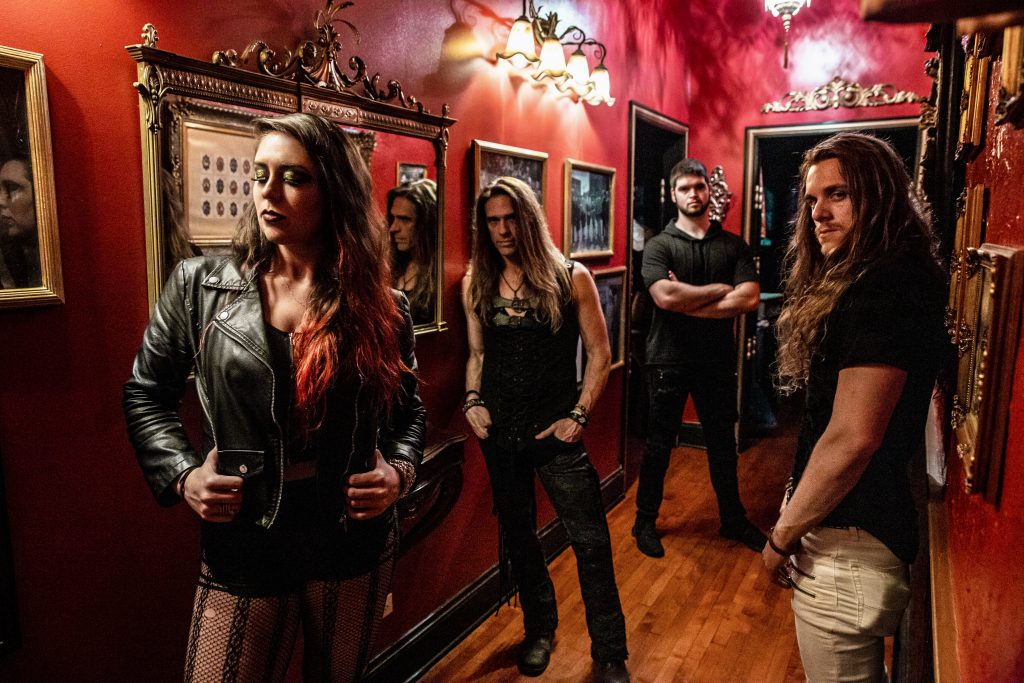 As a comparison, the band often gets “Alterbridge meets Alestorm,” but that’s an oversimplification of the power of their sound. Their optimistic, empowering messages and chilling, powerful, and expressive vocals carry a message that love will win at all costs. And for those with a little 80s nostalgia, there are also strong guitar riffs, shredding solos, dual licks and leads, and, of course, tons of hair. Paralandra started in June 2013 when father-daughter team Casandra and Paul Carson began writing songs together to play a one-time event at the local county fair. The response the duo received was so positive, and they enjoyed the collaboration so much, that they decided to continue on and make their band a long-term reality.

Casandra loves being in the spotlight in Paralandra, but she doesn’t want to be seen as just the girl in the band, or good only when compared to other “female-fronted” acts. In order to be judged on her merits alone, Casandra knows representation in the music scene in general needs to get better.

“I’d say we’re getting closer every day, but we’ve still got a ways to go,” she said. “I think the main problem is when people use those identifiers to describe a band’s musical genre. For example, and from my own experience, I don’t think ‘female-fronted’ is a musical style, but people tend to lump bands with female singers into the same category even if their music is completely different. As humans, we should never tone down our identities to please others, and we should never judge a book by its cover, or a band by the gender, sexuality, or race of the members. After all, it’s about the music.”

In the band, Casandra handles vocals and guitar and Paul plays guitar. They eventually added bassist Sawyer Rikard and drummer Dakota Watson into the mix. At the beginning of their career, they released a self-titled album which sold over 1,000 copies at local shows. In 2016, they released their second EP, All Fall Down, which debuted at #1 on the Billboard Heatseekers chart, enjoyed some radio play, and toured the Midwest/East coast to promote. They were soon invited to festivals and events such as Rocklahoma, SXSW, Rockfest, Dirtfest, and Loud in Lima. In 2018, they released, Ascension. They’ve been touring and playing music ever since, still facing backlash for having a woman in the band.

“We’ve been turned down by record companies because they ‘already have a female-fronted band on their roster,’” she admits. “That one confuses me the most. Luckily, having an early start in music has definitely given me a solid foundation and helped me build confidence in myself and my abilities. I know I belong here, so I’ll just keep pressing on till I decide to stop!