Australian solo artist and guitarist, Orianthi has much to celebrate lately.  Not only was she named one of 50 Sensational Female Guitarists by Guitar Player Magazine, she recently received a customized 24-fret guitar courtesy of PRS Guitars, to which Orianthi is proudly endorsed.

Orianthi, who is known for touring with Carrie Underwood, Alice Cooper, and was recruited as Michael Jackson’s lead guitarist on his This Is It tour before his untimely passing, gained popularity as a solo artist with her first hit “According To You” back in 2009. In 2013 she received the “Inspire” Award at The WiMN’s first ever She Rocks Awards, and would later co-host with founder Laura B. Whitmore at our 2015 She Rocks Awards. 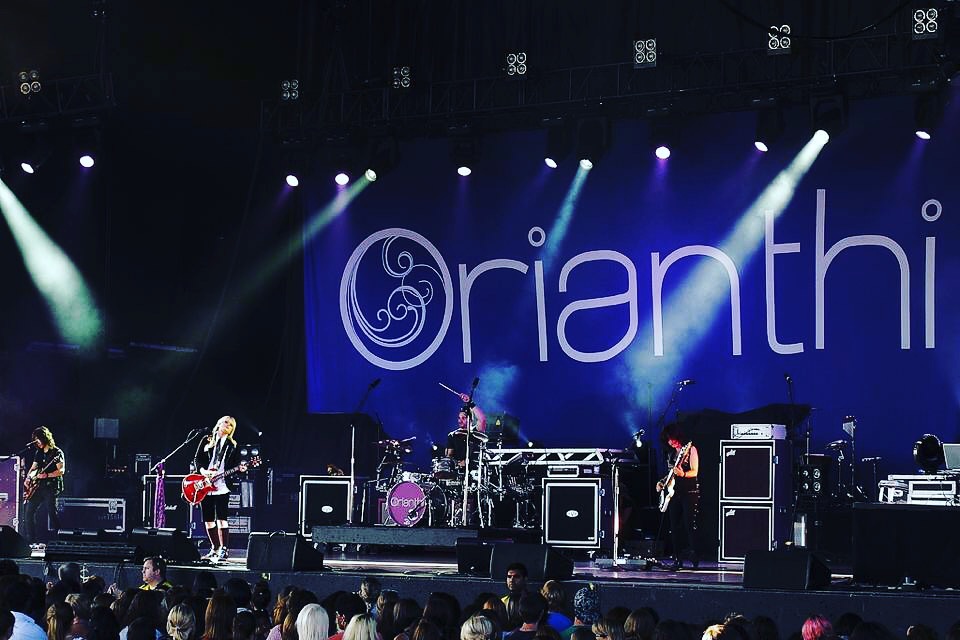 Orianthi debuted her custom PRS guitar on March 20 at an intimate show with Melissa Etheridge at the Skyfall Live in Nashville, TN.  See her performing with it in her video below.

Orianthi performs her cover of “Pride and Joy”!