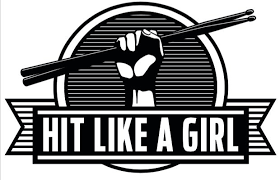 Voting for your favorite drummer is open until April 9th!  To vote click HERE.

Hit Like A Girl just announced the full list of world-class judges for the 2017 female drumming contest. According to HLAG Artist Relations Director Louise King, in addition to this year’s celebrity spokesperson Kimberly Thompson, the all-star roster of judges for the drumset categories features the top U.S. drummers as well as international players from countries such as France, Germany, Great Britain, Cuba and Japan. In addition to these leading professionals, 2016 HLAG Champions Helen De La Rosa and Becca Webster will serve as 2017 judges along with several exceptional, up-and-coming, female drummers.

Judges for the contest’s new Concert, Marching and World Percussion categories include professionals and educators from those fields while legendary/popular male drummers Kenny Aronoff, Dennis Chambers, Josh Freese and “Sput” Searight have accepted invitations to be Special Guest judges for this year’s event. Selected celebrity judges will join with top female executives from Yamaha, Sabian, Zildjian, Roland, DW, LP, Mapex and Evans to determine the winners of the six weekly mini-contests that occur within the overall Hit Like A Girl competition.

Photos and bios for all judges can be found on the HLAG website at www.hitlikeagirlcontest.com/judges.