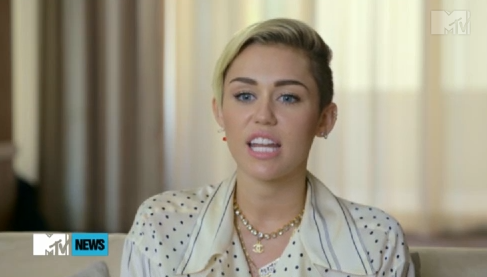 In her first post-VMA interview, Cyrus told MTV she and Thicke knew they were about to make history and that people are over thinking things.

“They’re over thinking it,” Cyrus told MTV. “You’re thinking about it more than I thought about it when I did it. Like, I didn’t even think about it ’cause that’s just me.”

Watch the interview below, and relive the controversial VMA performance here.