The Women’s International Music Network (the WiMN) announces Yahoo Entertainment music editor and SiriusXM radio host Lyndsey Parker and two-time GRAMMY®-nominated saxophonist/vocalist Mindi Abair as co-hosts of the upcoming 2020 She Rocks Awards. Recognizing women who stand out as role models in the music industry, the live event takes place on January 17, 2020, at 7:30 p.m. at the House of Blues Anaheim during the NAMM Show. This year’s honorees include Lzzy Hale, Linda Perry, Gloria Gaynor, Suzi Quatro, and many more. Tickets are available at sherocksawards.com 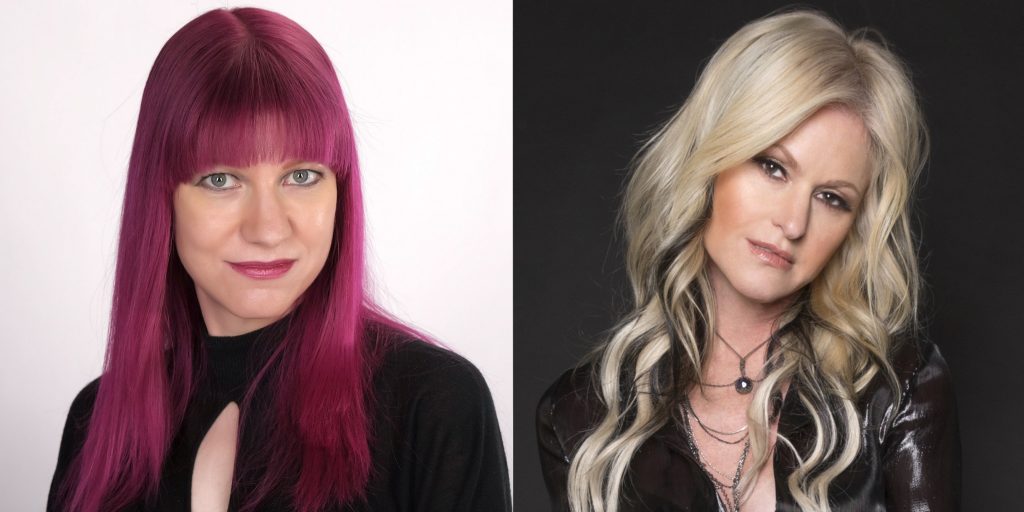 Lyndsey Parker Lyndsey Parker is the music editor at Yahoo Entertainment and co-host of the daily SiriusXM Volume show Volume West. Considered an expert in music and pop culture, Parker is an Online Journalism Award nominee and has written for Elle, MOJO, Rolling Stone, NME, and Guitar.She has appeared as a commentator for the ABC special The Show Must Go On: The Queen + Adam Lambert Story, AXS TV’s The Top Ten Revealed, and the documentary I Want My MTV, as well as for VH1’s Behind the Music, CNN, MTV, The Insider, and Good Day L.A.. She is the author of Careless Memories of Strange Behavior: My Notorious Life as a Duran Duran Fan (one of the first e-books published as part of Rhino Records’ all-digital music book series, which went to #1 on the iTunes Music Books chart), and is currently co-authoring the memoir of legendary groupie Mercy Fontenot, a former member of the GTOs. For more: www.lyndsanity.com

Highly sought-after saxophonist/vocalist and two-time GRAMMY nominee Mindi Abair has been electrifying audiences around the world since her debut album in 2000, flawlessly bringing together saxophone, vocals, and a dynamic stage presence. She has garnered ten #1 radio hits, six Top 5 solo records and two #1 spots on the Billboard album charts. Abair has toured and recorded with: Aerosmith, Duran Duran, Smokey Robinson, Gregg Allman, Booker T. Jones, Trombone Shorty and more. She also authored the book How To Play Madison Square Garden – A Guide to Stage Performance and served as a National Trustee for The Recording Academy. In 2019, she and her band, The Boneshakers, released No Good Deed, a hard-hitting blues rock album. For more: www.mindiabair.com

The WiMN Founder, Laura B. Whitmore, comments, “Lyndsey and Mindi are perfect complements to the inspiring, high-energy, evening we have in store this year. I look forward to working with them to offer our guests another unforgettable experience.”

Tickets are now on sale for the 2020 She Rocks Awards, available in four tiers that include dinner and more. This event is open to the public; a NAMM Show badge is not required to attend the She Rocks Awards. Find out more and purchase tickets at sherocksawards.com.