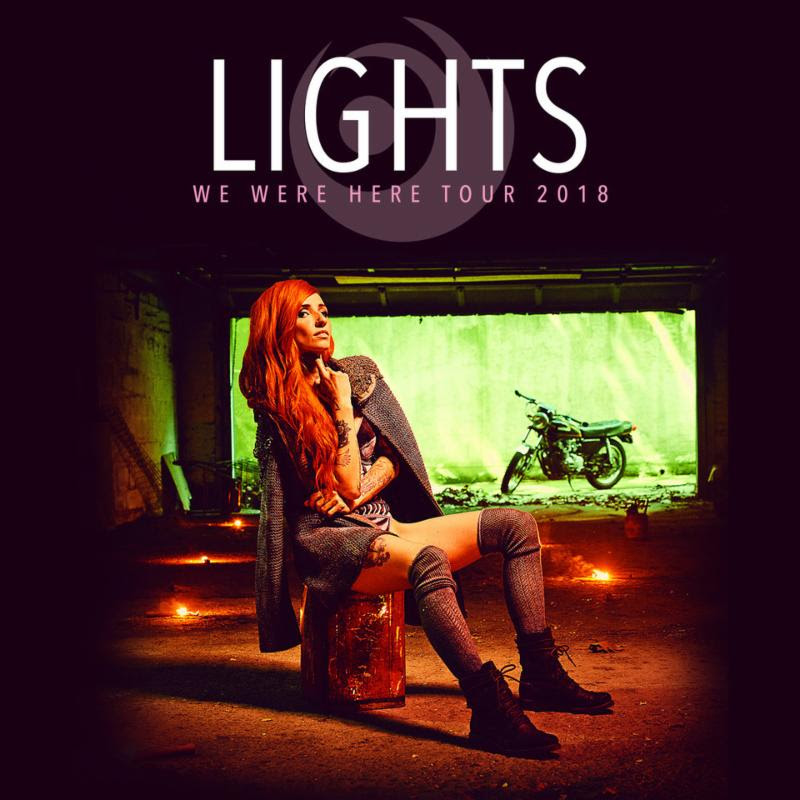 Canadian alternative-pop icon Valerie Poxleitner, or more commonly known as her stage name Lights, has announced a headlining tour which kicks off January 30 in her hometown of Vancouver and will hit over 40 cities across North America. This is the artist’s biggest tour to date and comes just after the release of her fourth full-length concept album, Skin&Earth.

This record combines Lights’ passion for music and art, as she released a multi-issue comic series that corresponds with the album. One of the singles, “Giants,” continues to top the Hot AC radio chart. The album has been praised Buzzfeed stating, “It’s time for Americans to fall in love with Lights,” and Billboard, “concept albums are nothing new, but it’s the lengths to which Lights takes her fourth album Skin&Earth that sets it apart.”

In an interview with NowThis Entertainment, Lights explained that she hopes that Skin&Earth will encourage young girls to go into the music and comic industry and to not be intimidated by men in the same field. Tickets for the We Were Here 2018 Tour go on sale to the general public on November 10, with pre-sales starting November 8.

For more tour information and to learn more about her music go to Lights’s website.