Katie Knipp just released her new album Take It With You which debuted at #10 on Billboard’s Blues Album Chart AND ranked #9 on Heat Seekers Pacific Chart- simultaneously. That is stellar considering she is an indie artist whose album is self-released. The Northern California Blues artist is equipped with powerful vocals and plays a variety of instruments from boogie woogie piano to slide guitar, to honest harmonica laden stories in between. She has opened for Robert Cray, The Doobie Brothers, Tim Reynolds, Jon Cleary, The James Hunter Six, among many others. This is her 5th album, and her sound has been compared to Bonnie Raitt, Joss Stone, Beth Hart, and what the late Taz Digregorio of the Charlie Daniels band once said, “Dylan in a Dress!”

The rave reviews are still pouring in: 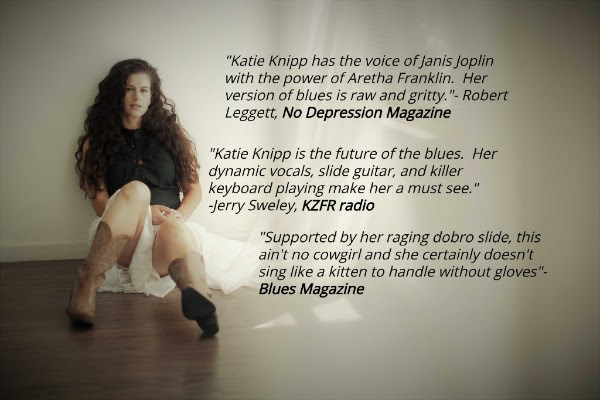 A stay at home mom of 2 young boys, and a piano/vocal instructor, Katie shared with us earlier in 2018 how she balances her marriage, motherhood, and a music career (read that interview here.) Her CD release show is Friday November 16 at the Torch Club in downtown Sacramento on 15th Street. Show starts at 9:00pm.

Take It With You is now available for digital download and CD hard copy. You can purchase it here: cdbaby.com/cd/katieknipp8.