Home News Music News Juniper Waller Debuts New Music Project Honeyrush And Single ‘Don’t Stand A...
Share on Facebook
Tweet on Twitter
Honeyrush is a new duo made up of Sacramento, California musicians Juniper Waller (The Gold Souls) and Steven Morkert (Band of Coyotes). In late 2020, as fate would have it, Juniper moved into the apartment next door to Steven. The two had never met before, but a fast friendship formed under COVID lockdown, and they began collaborating, cowriting, and recording as Honeyrush.
Their first single, “Don’t Stand A Chance”, debuted April 9, 2021, with a second single due out in early summer.  You can learn more here.
“The song [Don’t Stand A Chance] is about recognizing your own worthiness,” says Waller. “It was inspired by personal experiences that so many can relate to, of setting your heart on someone who doesn’t see your worth, and through personal growth coming to see that you deserve better. The narrator of the song goes through this process in real time, coming to the realization, as the song grows in intensity, that it is time to move on.” 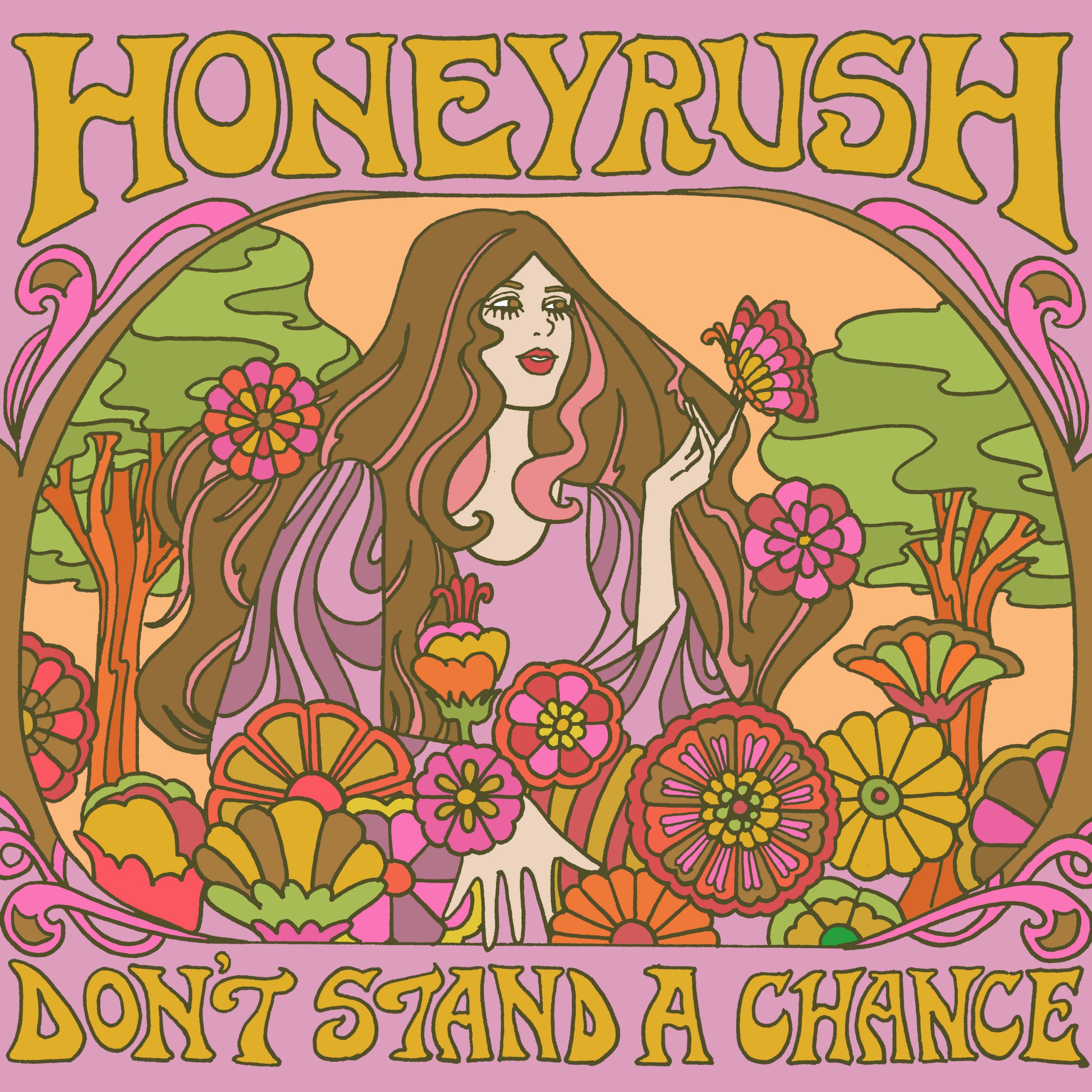