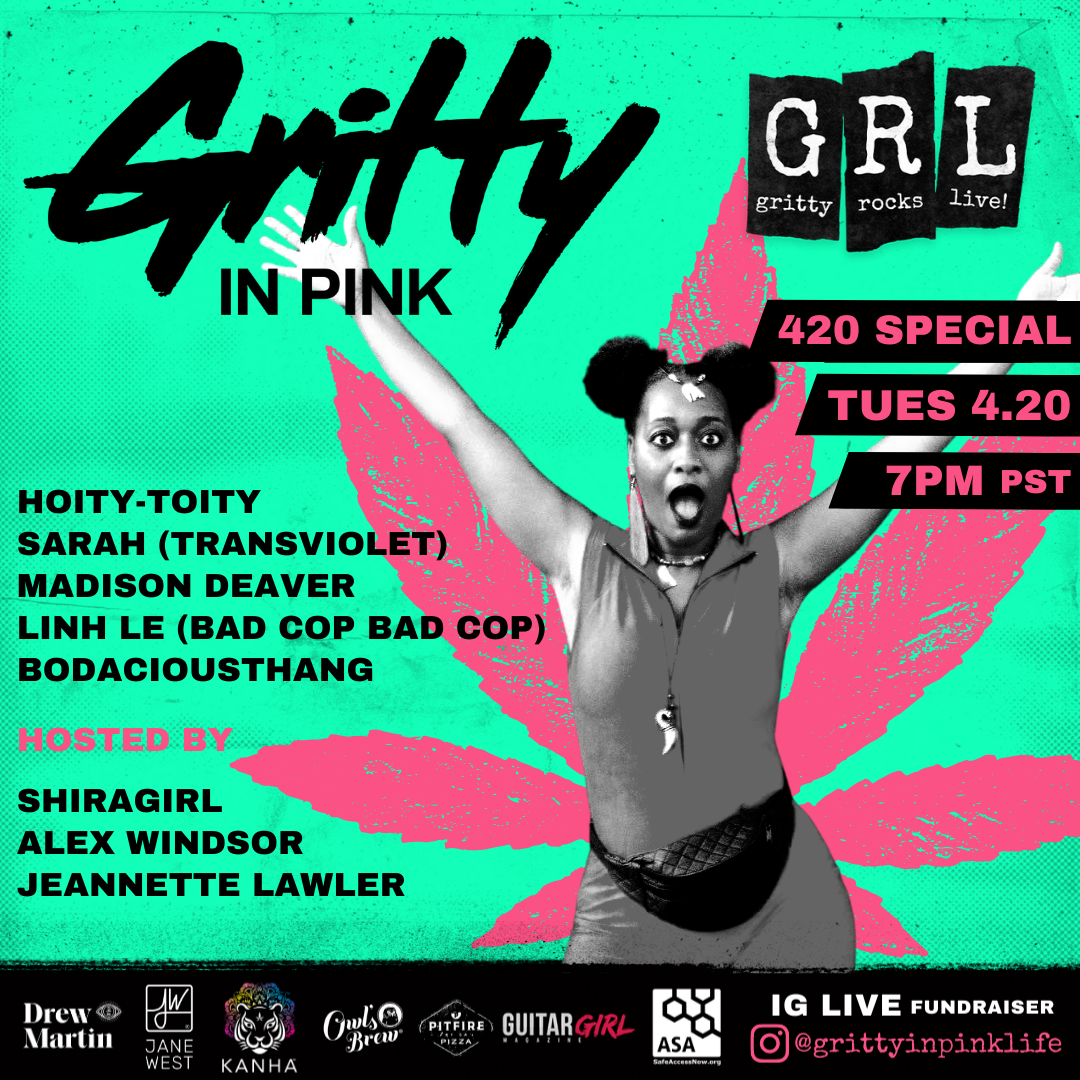 Livestream Will Support Movement For Legal And Therapeutic Cannabis Use

To celebrate cannabis pride, Gritty In Pink is hosting a virtual livestream this 4/20 with an abundance of weed-loving female artists and partners. The community, which is on a mission to achieve gender equity in the music industry, will host the GRL Instagram Live Fundraiser for Americans for Safe Access on Tuesday, April 20, 2021 at 7 p.m. PST/10 p.m. EST.

Gritty In Pink is thrilled to say “high” to talented artists Hoity-Toity, Sarah of Transviolet, Madison Deaver, Linh Le of Bad Cop Bad Cop and Bodacious Thang. The show will be hosted by Shiragirl with house band musicians Alex Windsor and Jeannette Lawler. Women’s cannabis activist/entrepreneur Jane West will also be making an appearance to talk about being a woman in the weed business. Since last year’s Gritty In Pink 420 Special, cannabis has been decriminalized or legalized in Virginia, Vermont, Arizona, Montana, New Jersey, South Dakota, Mississippi, New York and New Mexico. The movement continues to gain momentum, as politics catch up with society’s demand for legalization across the nation.

Gritty In Pink has joined the revolution to destigmatize the use of marijuana, and it is proud to spread awareness about such an impactful organization. Americans For Safe Access is the largest national organization promoting safe and legal access to cannabis for therapeutic use and research, with over 150,000 supporters in all 50 states.

Debbie Churgai, executive director of ASA, says, “Americans for Safe Access (ASA) is honored to partner up with such an amazing organization working towards empowering women. ASA is proud to be one of the very few continually women-led nonprofit advocacy organizations supporting safe access to medical cannabis. We are so thankful to Gritty in Pink for holding this 4/20 event to help raise awareness of the needs of medical cannabis patients all across the country. ASA is ready to rock with you!”

Shira Yevin, singer of Shiragirl and founder of Gritty In Pink, says “We are overjoyed to advocate for the therapeutic use of marijuana and partner with women in the cannabis space, which like the music industry, is another male-dominated business. As an artist who has used cannabis both for medication and creative inspiration, I am pleased to be living through a historic time where the stigma and criminalization are being eradicated.”

Gritty in Pink is a new platform empowering women in music through performance, partnerships, and networking opportunities. Founder Shira Yevin has a legendary history of breaking down barriers and carving out a space for women, as the creator of the Vans Warped Tour Shiragirl Stage, which featured 300+ female musicians, including Joan Jett and Paramore. Gritty in Pink continues that legacy of providing community and a stage for female voices in a male-dominated industry, having showcased 170+ artists with a collective IG following of over 2.6 Million.

Americans for Safe Access (ASA) is on a mission to ensure safe and legal access to cannabis for therapeutic use and research. 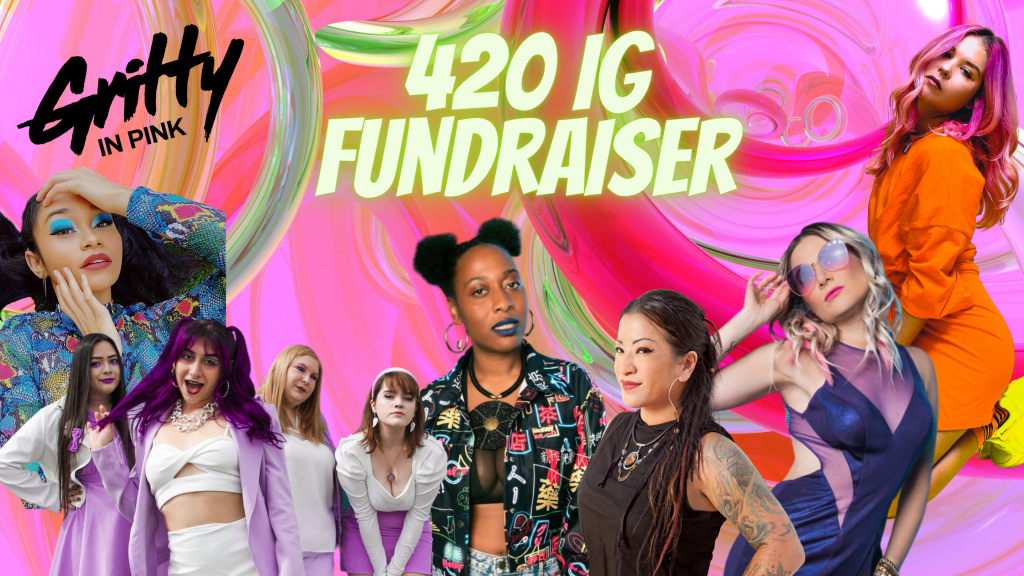