Iris Goes Country Pop With “Back By The Weekend” And Delivers 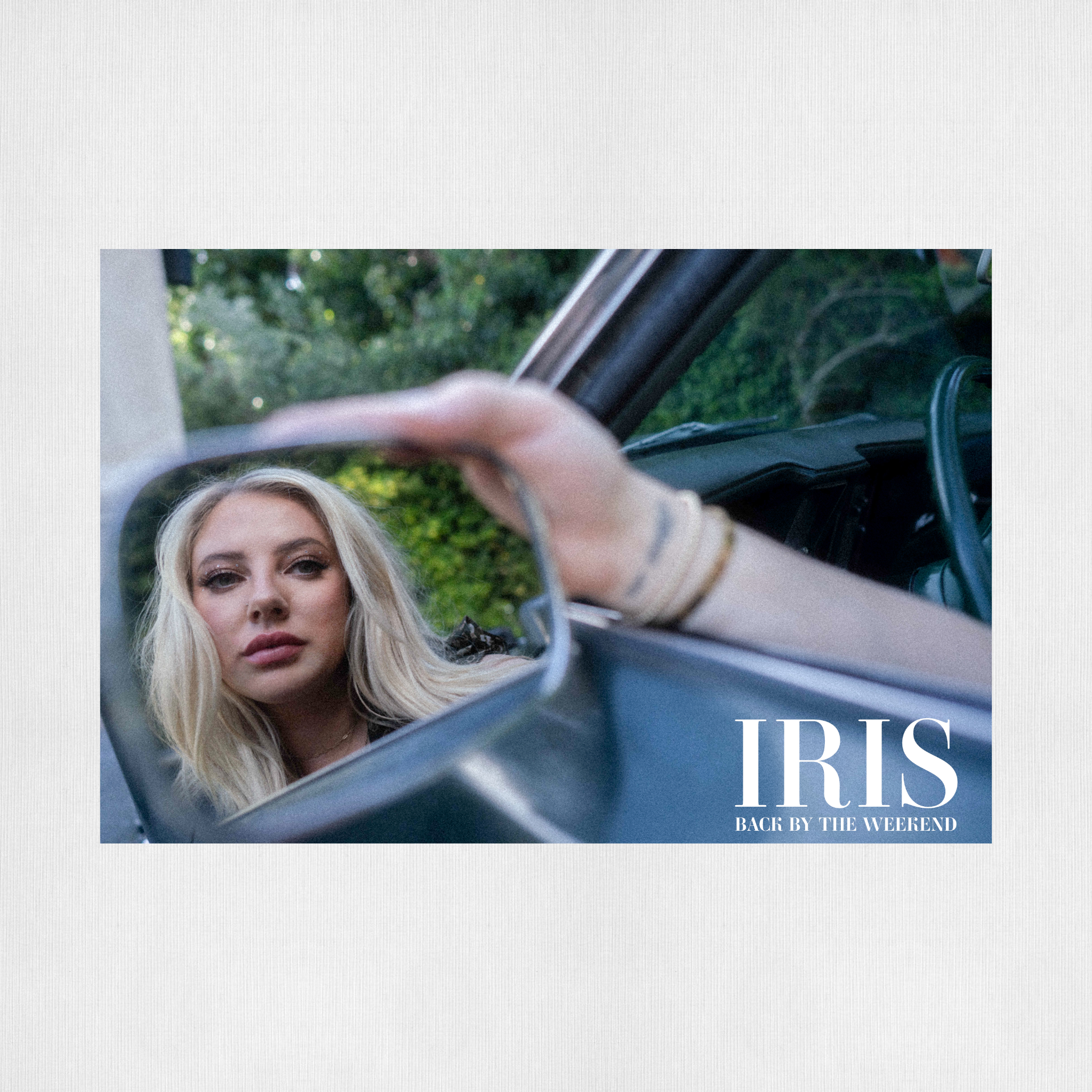 Singer/songwriter IRIS released her new single this month, “Back By The Weekend”. Penned by Trey Campbell (Celine Dion, John Legend) and two-time GRAMMY Award-winning producer Malay (Frank Ocean, Lorde, Sam Smith), the upbeat, rhythmic track is embellished with IRIS’s soaring, powerhouse vocals, fluid instrumentation, and steady drumbeats. At the helm of the production is Malay and Raul Lopez, who give “Back By The Weekend” a tight and polished sound.

IRIS’ lyrics are as catchy as they are relatable –

…”and, it scares me cause I want you when I’m sober. Need to miss you just so I can hold you closer”

Listen to “Back By The Weekend” HERE.

A storyteller at heart, IRIS brings an edgy pop energy to her music. The vocalist has been compared to Lady Gaga, with their similar “’80s rock rasp,” and rock icon Stevie Nicks. She cites Amy Winehouse, John Mayer and Alicia Keys as inspirations. IRIS’ first major success as a solo artist was in 2019, with her breakout single “Crazy,” which was played on the Drew Barrymore dark comedy Netflix series, Santa Clarita Diet. The following year, her song “Today” was featured on LA Weekly. Other released singles include “Burgundy,” “Stone,” and “Them. Her new song “Back By The Weekend” is now streaming on all platforms. The song was produced by Grammy-award winner Malay (Frank Ocean, John Legend) and co-written by Malay and rising star Trey Campbell (Bebe Rexha, Celine Dion). IRIS is currently in the studio working on new music

“Back By The Weekend” heads in a new direction for IRIS, as she leans more into a country-pop feel on her new material. Lyrically, she continues to sing songs about the matters of the heart – specifically about heartbreak and finding your own happiness. Her rich lyricism is something that her fans have come to love and recognize about her songwriting style. IRIS’s vulnerabilities and authenticity draws listeners in and invites them to take a moment to themselves and reflect.

She said, “‘Back by the Weekend” is something we have all been through or are going through at some point in our lives – where you’re questioning your heart, but in your gut you know what you want all along.”  IRIS debuts her new single at LA’s hottest supper club, VERSE, where A-list musicians like Robin Thicke, Lil Wayne, and Latin-funk/soul/hip hop band Ozomatli, have all performed while people ate caviar and pasta.