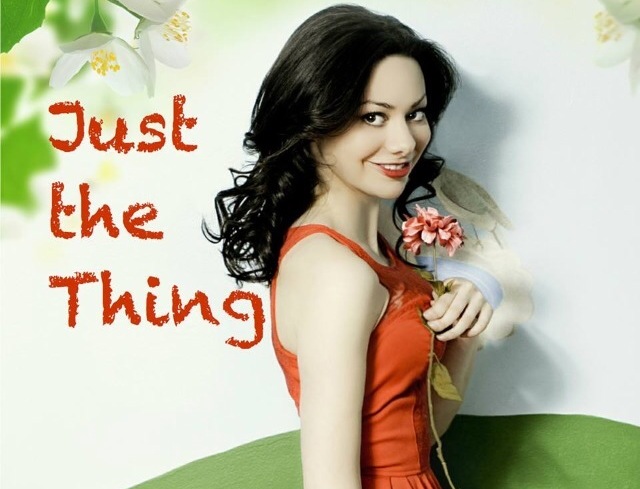 Pop Sensation Meredith O’Connor has performed for tens of thousands of fans worldwide, and has millions of views to her popular songs.

After her debut song “Celebrity” went viral, O’Connor decided to use her platform to help end bullying. Her music has helped thousands of fans, and some have commented  that her anthem “The Game”  changed, or even saved their lives during challenges with bullying.

O’Connor experienced bullying from her classmates from a young age, and realized that being a voice for this important issue that victimizes many was the right path for her. Along with creating meaningful and relatable songs, she tours schools across the world, giving talks about taking a stand for bullying.

Check out her website here and learn more in our interview below.

WiMN: Describe the breaking point in which you knew you had to fight against bullying.

MOC: Deciding to take a stand against bullying happened shortly after the success of my first song “Celebrity.” The newfound attention and platform that came with it all automatically reminded me of how I used to feel being relentlessly bullied, and how I would have never believed that I would be getting stopped in the streets and asked for an autograph by my junior year of high school.

So when my label at that time sat me down for a meeting to discuss the “next steps,” it was my manager Rick Galvin (who still is my manager) who suggested that I use my voice to help out a good cause. A few topics were suggested, but me deciding to speak out about my past of being abused by my peers was incredibly frightening. However, I did, and what once was something I was ashamed to talk about because I thought it was my own fault for being bullied, became something I was saying to a room of 15 music professionals that I barely knew at the time. I went into detail. I spoke about being spit on, punched in the nose, and verbally harassed daily by just about everyone in my school. I decided I needed to write a song about it, and follow through with this cause because I knew so much about it. I felt that I needed to be the role model and peer for these kids that I didn’t have growing up, that I owed it to them.

Releasing the song “The Game” was scary, but after seeing how many people it helped, it is one of the best decisions I have ever made.

WiMN: What do you think the music scene can do more of to bring awareness to bullying?

MOC: I think a big problem we have is overlooking people with mental disorders. As someone who still suffers with OCD, I remember that when I was 13, a lot of people would just label me because they had a stigma against someone suffering a mental disorder. For something that so many people suffer so terribly from, I think we can and should, and I will, bring mental health awareness into the spotlight, making it a more known issue so people aren’t so ashamed of getting the treatment they need.

WiMN: What should one do if they’re being bullied at school?

MOC: The thing I’ve learned is that being bullied wasn’t my fault, but since I was a victim of abuse, I thought it was. They need to recognize that they are now the victim of abuse, becoming aware that they will subconsciously begin to believe that they deserve to be bullied, as any abuse victim would experience. Knowing that would have made me tell people I trust, ending the problem sooner. Taking action to stop bullying can be telling the teachers, your parents, and even finding interests outside school. But that all starts with recognizing that you deserve help.

WiMN: Tell us about how you met your manager, Rick Galvin.

MOC: When I was 15, I was modeling for a fashion show benefitting women’s breast cancer. The foundation it benefitted was The Carol Galvin Foundation, which was founded by Rick. During the show, we spoke about music, and how he managed some country band before, but is looking for new talent. I talked about my background and experience in theatre companies as a child, and then a few weeks later he emailed me, setting up a meeting with him and a few producers.

I had written “Celebrity” for fun (it wasn’t even finished at the time) about a break up, kind of Taylor Swift style, not expecting it to actually go anywhere, but soon enough I played that song on the gutiar for all of them and got my first recording contract.

WiMN: What type of feedback have you received from your hit “The Game”?

MOC: The feedback I received has been so moving. I was initially afraid of telling my story, that I had tried to keep hidden from those close to me now to the world, but once it was released I received many letters from fans telling me that they felt the same way, that they felt alone. If thousands of fans, and even millions of people are saying, “We aren’t alone are we?”

I had to grow up feeling like there was something wrong with me, but these people didn’t. I started the school tour the year it came out (last year) and other responses, more heavy, involved kids sharing their experience of self-harm and suicidal thoughts/attempts, and that the video inspired enough hope to save their life/stop self harming.

WiMN: How did music help you get through bullying, and which musicians did you look up to?

BOC: Music played a big role by being my job as a kid in several theatre companies I worked at, and when I learned that it was my passion, it was the driving force for me staying strong and keeping my head up during the toughest of times when I get the most alone.

Theatre has inspired a lot of my music, because I always try to give my songs a dramatic/theatrical flair to keep it interesting. I Love Queen, and there was a time when Taylor Swift was an inspiration of mine because she used music to dish out her problems, like many artists do, creating amazing art.

WiMN: Which musician would you like to collaborate with down the road? 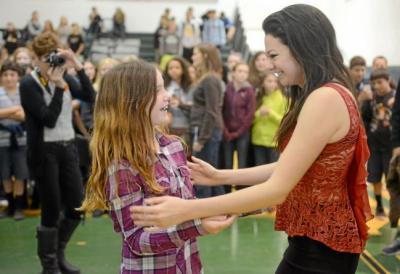 WiMN: What is your ultimate career goal?

MOC: I would like to eventually say I have sold out a theatre in every continent.

WiMN: Have you experienced any bullying for being a woman in the music industry?

MOC: Absolutely. There still is an assumption that I face as a young female where my input doesn’t have as much weight as one of my handlers, or my voice isn’t taken as seriously. Instead of getting angry, I like to be a silent killer, and sway minds by continuing to speak and use my voice, and in my actions.

WiMN: What do you think is your biggest responsibility as an anti-bullying role model?

MOC: I think its my responsibility to be the role model I wish I had growing up.