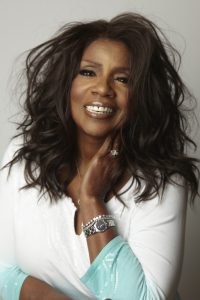 Gloria Gaynor has enjoyed a long and successful music career, starting in the pre-disco years when she was a pop and R&B singer. Then, in the late ‘70s, the world of music as we know it changed forever with three words… “I Will Survive.” And just like that, a smash hit thrust Gloria even further into the limelight as her song spread across the globe and inspired a generation of music fans.

A GRAMMY Award winner and GRAMMY Hall of Fame Inductee, Gaynor has continued to entertain her fans with hit songs and live performances in each decade. Her newest full-length release, Testimony is a roots gospel album that debuted in the Top 5 on Billboard’s Top Gospel Albums chart. It includes a satisfying blend of classic and new music and features some familiar artists.

Gaynor is also an author, having penned two books, and she’s been known to try her hand at acting as well, with appearances on That Seventies Show, among other television programs, and a humorous commercial for Capital One Bank alongside some other famous faces. And as a humanitarian, she even went back to school to earn a bachelor’s degree in behavioral sciences to benefit her charitable work with at-risk youths.

Below, Gaynor reflects on fond memories and offers some thoughts about her new album and upcoming honors.

The WiMN:  Let’s go back in time for a moment. What are some of the earliest and fondest musical recollections you have in your life before you became a musician?

GG: My fondest musical recollection is when I was recognized by a neighbor of my best friend in a nightclub.  The neighbor had heard me singing in her downstairs apartment.  When he saw me enter the club, he told the band about me, who subsequently hired me for my first ever nightclub performance.

The WiMN: When you decided to pursue your musical ambitions as a career, how did you go about it? Did you set off on a more traditional path, or was it more of an unusual route?

GG: I was blessed and highly favored with the circumstances of the answer to the previous question. 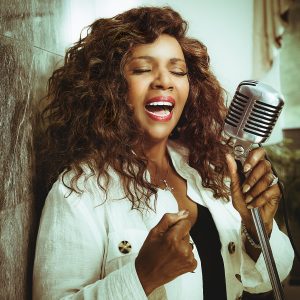 The WiMN: For young women looking to nurture a long-term career in music, what skills and personal habits/traits would you recommend they develop and polish?

GG: Never stop honing your craft, keep practicing and seeking to better yourself.  Keep yourself surrounded with trustworthy people who knew you before your career and who will always be truthful with you.

The WiMN: At one point in America, nearly every radio station, jukebox, and roller skating rink played “I Will Survive,” and every female within hearing range sang it at the top of their lungs! How did you feel when you first realized your song had become an anthem supporting female empowerment? Did you have any idea of its potential impact when you recorded it?

GG: From the time I first read the lyrics of “I Will Survive” I believed everyone who had any kind of a problem they wanted to overcome would relate to it. So, when I learned how far reaching the song had become I was not very surprised.

The WiMN: As a female working in the music industry for many years, and having traveled the world, where there instances where you felt you had to work harder or differently than males in the industry?

GG: If I ran into any gender discrimination in the business, it was neatly disguised and I wasn’t aware of it.

The WiMN: Let’s talk about your new gospel album, Testimony, and how it came together. The album combines a wonderful blend of original music with some hymns and covers. Please share your vision for this album and your process for determining the song selection. And is there any one song you feel stands out from the rest that you’d like to highlight?

GG: The album Testimony came together under the direction of Chris Stevens and F. Reid Shippen, two very talented and accomplished producers in Nashville. Chris and I started by writing together. Then Chris and Reid engaged the writing dynamic duo of Drew Ramsey and Shannon Sanders to write two songs with me. Chris came up with the ideas of two well-known hymns, one of which we altered quite a bit, “Amazing Grace.” Having heard the songs that we had written for the album, Bart Millard and Jason Crabb decided they wanted to each record a different song than the one they had written with me. Bart and I recorded, “He Won’t Let Go,” and Jason and I recorded, “Singin’ Over Me.”

The WiMN:  Speaking of celebrations, congratulations on being an upcoming honoree at the January 2020 She Rocks Awards! What are you looking forward to from that experience?

GG: I’m looking forward to the whole experience, receiving the award, performing and congratulating and seeing the other artists as they perform and receive their awards.

GG: I am honored and blessed to be a part of this special evening and thank everyone who voted for me.