Traveling the world, working with one of the most influential female artists, and being surrounded by music that you love and are passionate about… Sounds pretty ideal, right? Amanda Davis gets to call this her reality, because she works for powerhouse musician and activist, Janelle Monáe, and is fresh off of touring with the whole Wondaland Records crew as their Front of House (FOH) Engineer. 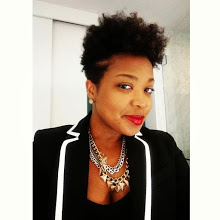 Davis has learned that the thrill of FOH Engineering is the equivalent of happiness for her. Having gone through schooling focused on studio engineering, upon graduation she realized that she had a greater calling: live, front of house engineering.

Read on for more about Davis, her inspirations, and what she’s learned along her journey, and for more on Wondaland Records, check out their official website.

WiMN: How did your love for FOH engineering come to fruition?

AD: My love for FOH was an evolution. The school I went to focused more on studio recording, so when I graduated that was the goal: to be a recording engineer. While interning I needed money, so I got a church job and some local club gigs and I found that I was having more fun doing that. I then decided I was going to focus on live sound and figure that out. I love traveling and learning, so being a FOH engineer enables me to both and I love it!

WiMN: What’s your favorite part of the job?

AD: My favorite part of the job is that first down beat of the show! You’re at the venue all day preparing for the production, and when the band hits the stage and the crowd is going crazy it’s the feeling of, “Ahhh this is what it’s all about.” 🙂

WiMN: You used to be a studio engineer. Can you describe the key differences between that and FOH engineering?

AD: One difference between studio work and live sound is that everything needs immediate attention. A lot of times when recording, people will say, “We’ll fix it in the mix.” That’s not an option when you’re mixing FOH, because the mix is what’s happening right at that moment. If it’s not “right” now, then you better figure out how to get it as close to “right” as possible. Another is mic choice and placement. Some of those decisions need to be made based on the venue and/or application. When recording in the studio, you’re dealing with a contained situation and a room that has been specifically designed for recording… That’s not always the case with live sound venues.

With Janelle, the look of the stage is a key component of the production, so there’s no drum shield. With that, I can’t really have a lot of condenser mics on my drums – the toms in particular. We have to be specific about our vocal mic choices as well, especially with an artist like Janelle – she’s all over the stage! We don’t travel with a PA so I have to really tune the PA and ring out her mic. She comes out into the audience, where sometimes the PA hangs low and close to the stage, so she’ll run right in front of it.

WiMN: Do you have any gear and tech “must haves?”

AD: I don’t really have any “must haves.” I use a Yamaha CL5 and the onboard processors are pretty good. It also has the U76 compressor that simulates the 1176, and that works great on my main vocal. I just started using the Waves CLA compressor plugins on my drums, and I love it. That’s about it!

WiMN: Have you faced any adversity being a female FOH engineer?

AD: I haven’t really had to face too much adversity for being a female in this industry, thank God. When I’ve walked into a venue or have had a call about a show, I would get the whole “double take” look, or after the show guys would say, “I wasn’t sure what to expect, but great job!” Like, how am I supposed to take that? LOL!! I just say “thanks” and keep on moving. I’ve been with Janelle for two years now, and after all that time you tend to work with the same people, so that doesn’t really happen to me anymore.

WiMN: You’re on the road a lot with Janelle Monáe. What’s the most important thing you’ve learned along the way?

AD: The most important thing I’ve learned is to keep a good and positive attitude. Knowing your stuff is very, very important, but if you walk into a venue or festival with a chip on your shoulder, you’re going to taint the experience. Show days are already long as heck – no need to make them longer by being a scrooge. If you love what you do, take refuge in that and positively approach your day in every aspect – if you feel good, then the music and the mix will, too.

WiMN: The protest song, “Hell You Talmbout,” was released this summer through Wondaland Records – did you play it during the tour? Tell us about your experience playing “Hell You Talmbout” at rallies, and the importance of this track.

AD: The rallies took place on show days during load in, so I didn’t get the chance to participate and play the song during that time. But we did close every show with it, and the crowd response was quite moving. People really engaged and felt the passion and intention of the song.

Police brutality is real and we can’t keep quiet about it. We have to continue to bring awareness to people who may not know that things like this happen all of the time in our communities. I’m proud to have played a small part in the “Hell You Talmbout” movement – we have to continue saying these names, and keep encouraging people to look out for humanity. I do believe that these attacks from the police were racially charged, but we have to know that at the end of the day, we as human beings have to be more aware that this is about humanity as a whole. If we don’t look out for ourselves, who will? Black or white, we have to show love and respect for all.

WiMN: Do you look up to anyone in the music and audio industries?

AD: I look up to anyone who’s doing their own thing and aren’t being buttholes about it. I’ve connected with some very successful engineers and they have looked out for me – I admire that about people. All that we do is make music – there’s no reason to be mean to people, especially to the young engineers just looking for a chance or for advice. Someone gave us a chance, and it doesn’t cost a thing to give that to someone else.

WiMN: Which musicians do you find yourself jamming out to the most?

AD: It’s cliché, but I honestly love all types of music. I particularly love the old school, soul sound, as well as alternative electronic. I jam out to The Suffers, Lucius, Lianne La Havas, Emily King, ACEG, Com Truise, anything Pharell does… I could go on and on!

WiMN: Where do you see yourself in five years?

AD: In five years I would like to still be on the road, and mixing great music. I just finished a tour mixing all of the artists on Janelle’s label, Wondaland Records – that gave me a chance to mix six different genres in one show! I’m aware that I may not be a good fit for EVERY type of artist, but I do want to continue to expand my clientele and skill sets.

WiMN: What advice do you have for other women who want to venture into the sound engineering track?

AD: My advice to other women wanting to venture into live sound is to believe in yourself and the knowledge that you have acquired. The only difference between you and a man is just that: your gender. It’s easy to get in a bind and second guess yourself because things happen so quickly in live sound, but be confident in yourself and go for it.

If you mess up, fix it and remember it so that it won’t happen again… That’s the best way to learn. If you don’t know, admit that you don’t know and then figure it out. Don’t approach a mix from a technical perspective, because if you get all technical you lose the life out of the live music experience. People come to shows to feel something, and an overly processed mix can take away from that feeling. I dance when I mix LOL, and that works for me… Find what works for you, and have fun!