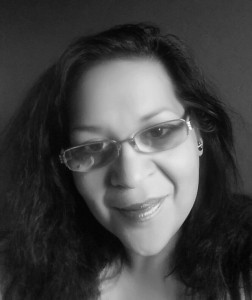 From experience in artist and tour management, to a managerial marketing position at AMC Records, Moni Parra has been in the music industry for over 15 years.

Through the Project Independent Artists Alliance (PIAA) is comprised of some of the bands that Project Independent Networks encounter on the road that show professionalism and excel in showmanship, with PIAA currently representing 44 bands. The bands that accept the invitation to join PIAA are brought in and offered the services of a record label without any contractual obligation.

To learn more about Project Independent and PIAA, head to www.projectindependent.net.

WiMN: You began your marketing career as the Director of Client Services at a large independent dental firm in Los Angeles. What made you switch toward the entertainment industry?

MP: It wasn’t really a switch, because music has always been my life. It was more of a “right place at the right time in my life” kind of deal. I was becoming friends with a Southern California band and their manager. They scheduled a meeting one day and said that they were going to sign a record deal, and proceeded to offer me a job as their Tour Manager. It didn’t take much convincing to say yes. And now here I am, 16 years later…

WiMN: What has been your proudest career moment?

MP: Without a doubt, being named COO of Project Independent last year!

WiMN: What is your role in helping fulfill Project Independent’s mission?

MP: As COO I work hand-in-hand with each and every band that participates within Project Independent. From the first phone call and inviting the bands to participate, to being on the road, I am there offering my guidance and encouragement long after the tour is over. Some of these artists become my family. In fact, most of them that know me from working with Project Independent know me as Momma or Mamasan!

WiMN: Project Independent is currently in its 12th year of hosting the Living Loud tour, which is an annual fall tour that is open to independent artists within the rock genre and has been webcast live to a fan base of nearly 2.5 million viewers worldwide. With less than two months before the tour kicks off, what are you looking forward to the most?

MP: With our recent partnership with North American Independent Rock Music Association (NAIRMA) and the Foundation For A Sound Solution, a lot has changed with Project Independent. For one thing, we no longer webcast our events – that is reserved for the LIVE Awards show in January. For another, Project Independent is no longer a pre-sale program.

WiMN: What has been the biggest success story of PIN thus far?

MP: I would have to say our biggest success is our longevity. Twelve years in the music industry as Independent shows our dedication to the Independent Artists. From humble beginnings in Southern California, to the World’s only International Rock Network, I am awed and grateful to be a part of it all.

WiMN: What, if any, challenges related to gender inequality have you faced during your career?

MP: We all know that 16 years ago, women in this industry were few and far between. But that being said, I personally never let my gender be an issue. I treat people the way I would like to be treated: as an equal. I’m happy to say that I have received the same treatment in return. I found that being a confident woman in this industry has, at times, given me the upper hand.

WIMN: Tell us about the Foundation For A Sound Solution, a California based non-profit for independent musicians, as you recently became their Public Relations Director.

MP: I was first introduced to the Foundation For A Sound Solution through NAIRMA. NAIRMA approached Project Independent in regards to turning our annual North American tour into their Nominee Showcase for the 2016 NAIRMA Awards. I spent time with their Board of Directors, many whom I knew from my years on tour, and felt that they really understood the plight of the Independent Artist.

They offer educational grants for continuing music education, as well as business grants for artists to assist with expense such as touring and equipment. They also contribute to school and community programs to ensure that music stays a relevant part of the community.

WiMN: What is your advice to other women in the music industry?

MP: Don’t let someone else’s idea of what “success” is dictate your future! If you have the passion, the drive, and the patience, you can achieve it all – being a woman is just a bonus!!

MP: My year is pretty much packed with preparing for and embarking on the 2015 tour for Project Independent, and preparing for the 2016 NAIRMA Awards this upcoming January in Los Angeles, CA.

I hope you will all come to your local NAIRMA’s Road to the Red Carpet Showcase and support the artists. Introduce yourself, and come give me a hug!