Dolly Parton gave her hometown of Nashville, Tenn., a special fundraiser performance at the legendeary Ryman Auditorium on July 31. This rare treat was titled Dolly: Pure and Simple. Parton displayed her musical abilities by playing a large variety of instruments, which were all bedazzled in true Dollywood fashion.

The annual fundraiser celebrates the Dustin J. Wells Foundation, named after the late nephew of Parton’s musical director, Kent Wells. In 2005, Dustin was killed in an auto accident, and each year since the concert proceeds have benefitted the W.O. Smith School of Music. Kent and students from the school performed in his honor as the opening acts.

Parton performed many of her catalogue hits (“Jolene,” “My Tennessee Home,” “9 to 5″) and covered a more recent hit, Alicia Keys’ “Girl on Fire.” Parton poked fun of herself with many light-hearted jokes, which has always been a trademark of her performances throughout the years.

Between the laughs, her incredible songs, and tribute to Dustin Wells, it was an unforgettable night.

About the contributor Paulina Mouradjian: Paulina Mouradjian is a student at UCLA majoring in sociology with an emphasis in communications. Mouradjian plans to seek a career in marketing and music promotion upon graduating with a bachelor’s degree in 2016. Visit her website at www.paulinam.com. 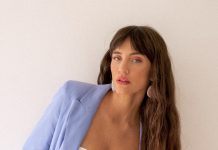 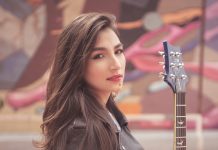