Acclaimed singer, songwriter and musician Courtney Marie Andrews will release her highly anticipated new album, Old Flowers, June 5 on Fat Possum Records. In advance of the release, she has premiered the new album track, “If I Told.”

Created in the aftermath of a long-term relationship, Old Flowers features Andrews’ most vulnerable writing to date on ten new songs that chronicle her journey through heartbreak, loneliness and finding herself again after it all.

Andrews reflects, “Old Flowers is about heartbreak. There are a million records and songs about that, but I did not lie when writing these songs. This album is about loving and caring for the person you know you can’t be with. It’s about being afraid to be vulnerable after you’ve been hurt. It’s about a woman who is alone, but okay with that, if it means truth. This was my truth this year—my nine-year relationship ended and I’m a woman alone in the world, but happy to know herself.”

More information on Courtney Marie Andrews can be found at her official website. 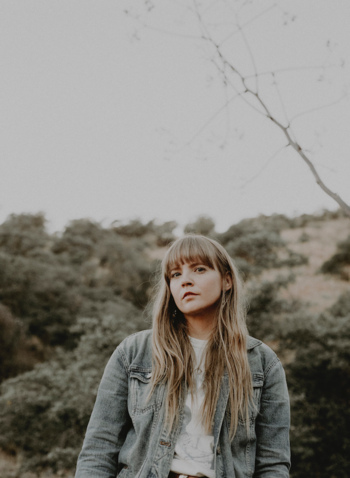