After revealing that their highly anticipated third studio album, Women In Music Pt. III, will be released on April 24 (Columbia Records), Haim have shared their new single, “The Steps,” from the forthcoming album.

“The Steps” pushes guitar to the forefront in a way the band has not done before. Clean, chorused electric guitar, overdriven lead lines, and strummed acoustic 12-Strings lock in together to generate what feels like an endless chug. The result is one of Haim’s fastest and heaviest songs to date. “The Steps” was written by the band along with longtime collaborators Ariel Rechsthaid and Rostam Batmanglij. The single, as well as the new album, was produced by Danielle, Ariel, and Rostam. Alana, Danielle and Este have also continued to collaborate with renowned director Paul Thomas Anderson to shoot both the music video for “The Steps” as well as the band’s new album art.

Speaking on the album title, Danielle shares, “the name came to me in a dream and I woke up laughing so I told my sisters.” Alana adds, “I liked it because we are literally women in music and we always get written about that way, so it seemed cool to make it our own and control the narrative. It made me think about some of our experiences more.” And Este says, “I just thought it was funny, plus the initials are WIMP3. Wimp is a hilarious word.”

Haim once again teamed up with two longtime collaborators: Grammy Award-winning producer Ariel Rechtshaid (Adele, Blood Orange, Carly Rae Jepsen) and Rostam Batmanglij (Charli XCX, Solange, Frank Ocean) to produce the new album. Women In Music Pt. III is the follow up to Haim’s sophomore album, Something To Tell You, which was released in July 2017.

More information on Haim can be found at their official website. 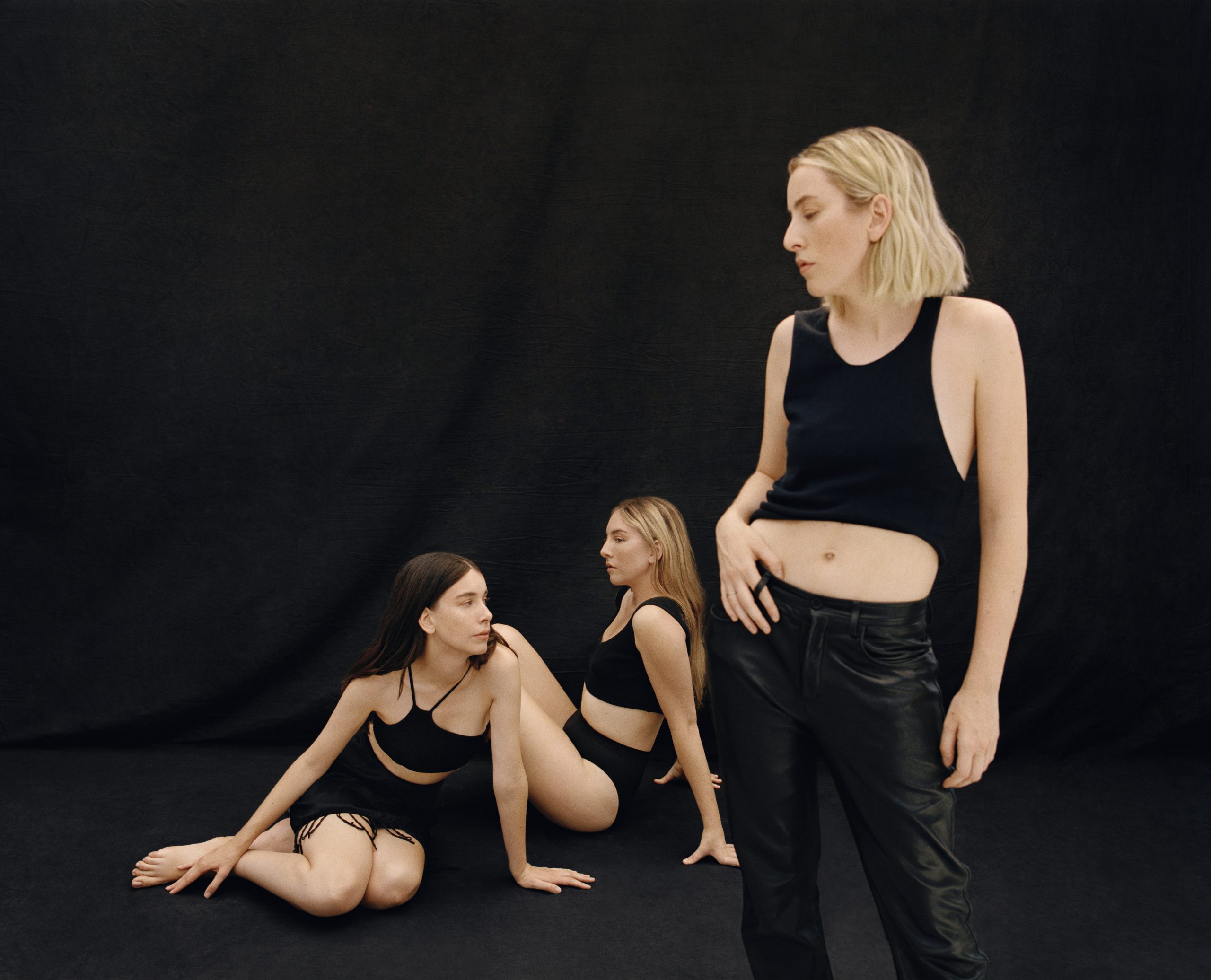