Brittany Howard officially can do no wrong. The Alabama Shakes front woman graced the Billboard Women in Music stage and gave a stellar performance of “Joe,” a track off of Alabama Shakes’ Sound & Color. Howard also received the Powerhouse award, with the show airing on Lifetime Friday, Dec. 18.

Always one to cause jaws to drop, Howard powered through a soul-stirring performance of one of the more toned-down tracks of Sound & Color. Her power does not come from her belt – it’s found in her conviction and honesty that is ever-present in her vocals.

Towards the end of the performance, Howard hits what is most arguably the gut-wrenching lines of “Joe,” singing, “See people, God gave me so many things, fulfilled my many wishes, and I’ve achieved my many dreams. But oh, see that Joe? He’s the only thing I want, but I ain’t going to get what I want.” Heartbreak displays itself centerstage in the song about traveling, growing up, and achieving, but uncovering that the ache of one true love is something that can never be shaken.

Watch Howard perform a beautiful live rendition of “Joe” for yourself below:

Ronnie Spector, Icon And Leader Of The Ronettes, Dies At 78 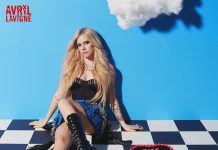