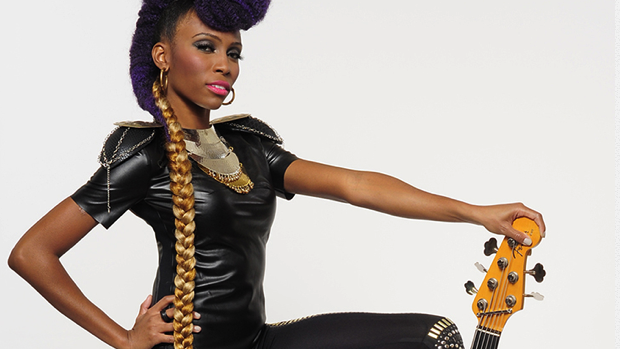 Phoenix-based bass player Nik West, who graced the WiMN breakfast and She Rocks! Awards earlier this year with an electric performance, was recently interviewed by iRock Jazz magazine.

West talks about her early stages as a bassist, her career as a model, and her close relationship with her dad.

“My dad is my best buddy, so I remember asking him what that was in the song and he said that was the bass line driving the song,” she told iRock Jazz magazine. “I remember saying, ‘That’s what I want to play.’”

After a long hiatus from the bass, West picked up modeling per her mom’s suggestion. But that was short-lived after she realized her true passion was music.