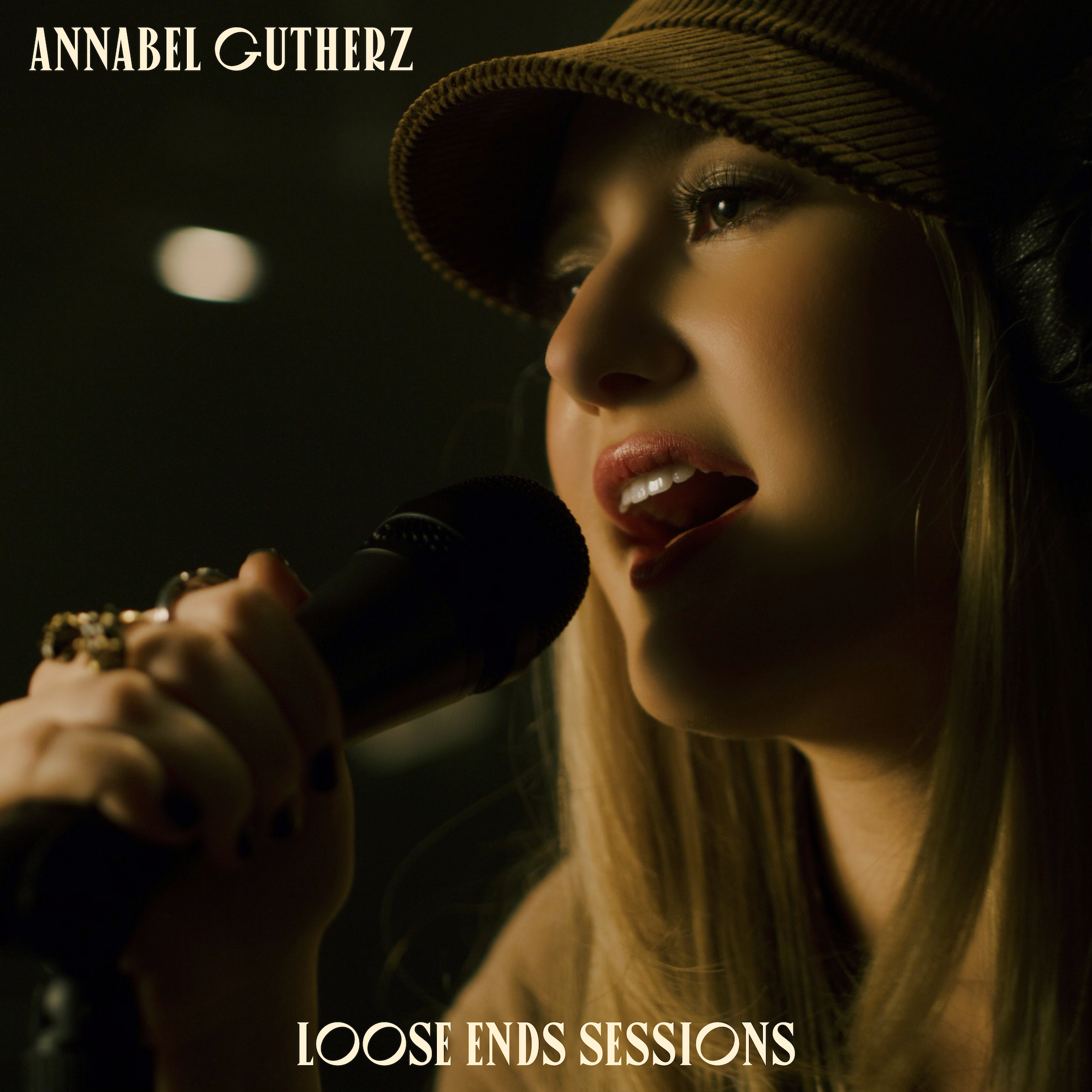 Following on the heels of her debut album Loose Ends, Montreal-based singer & songwriter Annabel Gutherz is capping off the year with the release of Loose Ends Sessions, featuring live renditions of “Checkmate,” “Barcelona,” and “Bloomer.” All 3 tracks are being released with accompanying in-studio videos.

The Montreal-based singer & songwriter released her debut album Loose Ends back in October which includes six previously released singles and five brand new tracks. It was co-produced by Dominique Messier, a long-time band member for Céline Dion and owner of Studio Piccolo in Montreal, Quebec.

Annabel also recorded the Loose Ends Sessions at Studio Piccolo with Dominique Messier (drums) and Kaven Girouard (guitar), another of long-time band member of Céline Dion. Explaining why she chose these three particular songs from the album, Annabel says, “Each song pulls from a unique sonic palette and topically explores a different facet of my life’s expanding mosaic of stories, which is why I thought they would be especially fun to perform.”

The album was received favorably, with tastemakers like Melodic Magazine praising the record as “a pure, intimate coming-of-age album that does well to introduce us to who Annabel is as a person and as an artist.” Over the course of the 11 tracks, Annabel cathartically explores life’s unfinished moments with a diaristic touch. Her ardent and perspective storytelling is on full display as she takes listeners on a journey as she writes from the heart with raw honesty and emotional conviction.

Annabel Gutherz made her debut in 2018 with the release of “Legends,” a philanthropic song whose proceeds are donated to education-based charities. After spending the past few years honing her musical talents at Berklee College of Music, the young singer-songwriter has come into her own as a promising artist to watch.