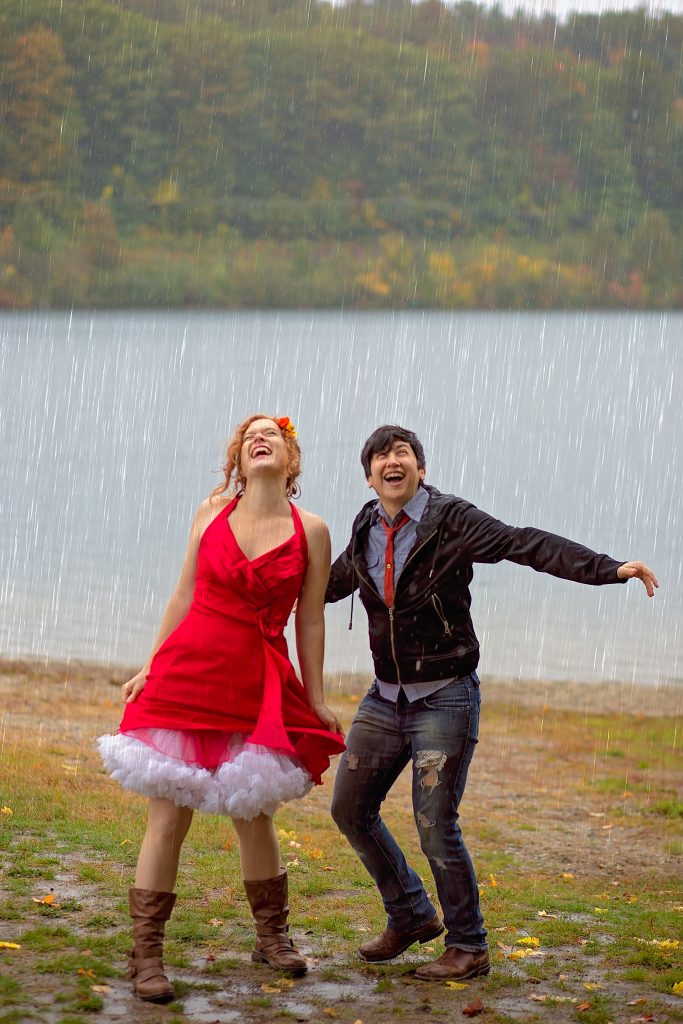 Americana duo Mouths of Babes have released the new track, “Lock & Key,” from their upcoming full-length album, Brighter In The Dark,  which is due out in early 2017.

Mouths of Babes are comprised of Ingrid Elizabeth (upright and electric bass, ukulele, hambone) and Tylan Greenstein (acoustic and electric guitar) of acclaimed acts Coyote Grace and Girlyman. The now-married pair has received notable press both for their respective projects and together as Mouths of Babes; just last year MTV covered their wedding as an inspirational story celebrating marriage equality. “The songs they write and perform together fuse blues, folk, and soul, and the depth of emotion found in their lyrics is reminiscent of all that’s moving about music.” says, MTV.

Mouths of Babes will be releasing material from Brighter In The Dark throughout the coming months, with an eclectic arsenal of songs that showcases their knack for fusing blues, folk, and soul with poetic lyrics, painting a “vivid picture of life and love.” says Examiner.

To learn more about Mouths of Babes and pre-order Brighter In The Dark, visit their website here.

Check out the making of Brighter In The Dark by Mouths of Babes at Prairie Sun Studio below!