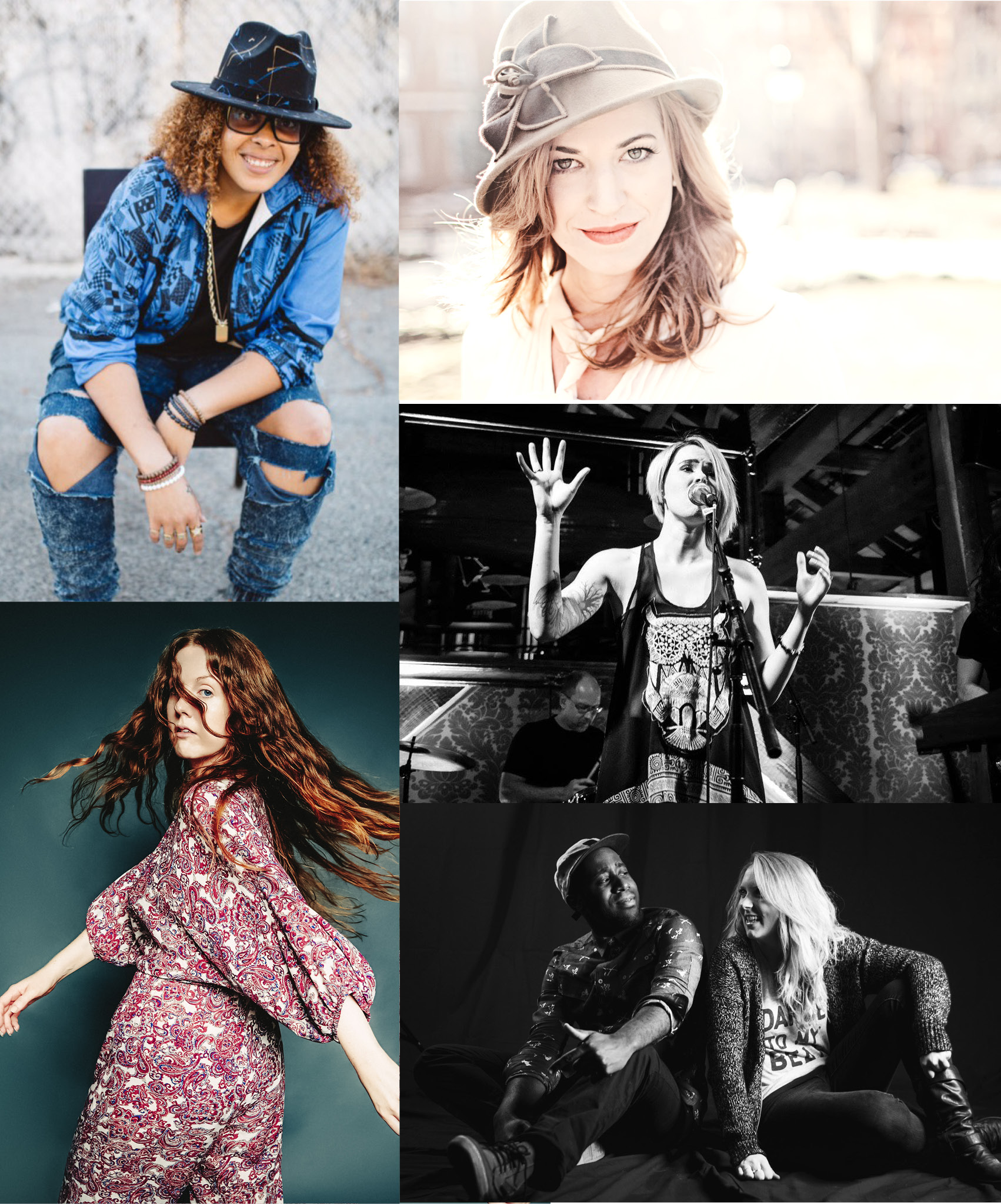 The Women’s International Music Network (WiMN) announces the artists selected to perform at the official 2017 She Rocks Showcase during the ASCAP “I Create Music” EXPO. Taking place on Fri., April 14, 2017, at the Tinhorn Flats Saloon & Grill in Hollywood, Calif., from 9 p.m. – 11:30 p.m. The event is free and open to the public.

“This year’s submissions were exceptional, and it was great fun to choose from such a large talent pool. We have a diverse lineup that will create a truly special evening. I’m honored to be hosting a show that celebrates women in the music industry,” says WiMN Founder, Laura B. Whitmore.

High Love is a four piece, Canadian alternative rock band. Their single “No Longer Yours,” produced by Howard Redekopp (Tegan and Sara), will be released on April 21, 2017. Picture a dash of Muse, a layer of Phantogram, topped off with The Yeah Yeah Yeahs. Fronted by singer/songwriter Carol-Lynne Quinn, the band peroformed at the Alianait Arts Festival in Iqaluit, Nunavut, Edmonton Rock Festival, and JUNO FEST 2016. Their full-length debut is due in Fall 2017. Find out more at www.wearehighlove.com

Singer/songwriter Candace Wakefield was born and raised in Inglewood, CA. She is featured on the five times GRAMMY Award-winning hit single “Alright’” and “i” by Kendrick Lamar. She has toured the globe with Nicki Minaj on the “Pink Friday: Roman Reloaded” European tour and “The Pinkprint Tour.” Candace is currently working with TLC, Faith Evans, Chante Moore, Nickelodeon and a host of others on upcoming projects for 2017. She made the decision in 2016 to step from the background to the forefront and is set to release her debut LP, The Journey 2017, a project full of inspiring, uplifting songs that tell the story of her life. Find her at www.instagram.com/supastarc/

Trackless is a soul/indie duo based in Los Angeles. Their sound is rooted in the voices of Jordan West and Jeremy Jones, who sing every song as a duet. They are made unique by the fact that West is also the group’s drummer, and Jones is regularly featured on the viola. Their music is influenced heavily by pop, soul, jazz, and rock.In 2015, they moved from Fort Wayne, IN to Los Angeles and have been playing industry events, showcases and local venues while writing their upcoming EP. They are currently recording a single with Bob Clearmountain (Rolling Stones), scheduled for release spring 2017. Find out more at http://www.tracklessmusic.com/

Kate Mills is making her presence felt in the NYC music scene with the release of her debut EP, Little Bird. The record showcases the versatility of her soulful, yet buttery-smooth vocals, and well-crafted songs. Following her EP release, this social worker-turned-songwriter has gained a solid fan-base by performing at some of New York’s most famous music venues including The Bitter End, Rockwood Music Hall and Pianos. Two of Kate’s songs can be heard in the indie feature film “Hits,” written and directed by David Cross of Arrested Development. Kate’s new single, “What Did You Think,” is now available as a free download exclusively at www.katemillsmusic.com

The 2017 She Rocks Showcase is a unique opportunity for female artists of all styles and ages to perform in front of industry experts, media representatives, artists, publishers and more during the premier conference for songwriters, composers and producers. It is part of the WiMN’s ongoing efforts to provide women in music with a platform to showcase their music.

The She Rocks Showcase will take place on Fri., April 14, 2017, from 9 p.m. to 11:30 p.m. in Hollywood at the Tinhorn Flats Saloon & Grill, located at 1724 N. Highland Ave, Los Angeles, CA 90028, across the street from the ASCAP Expo headquarters at the Loews Hollywood Hotel. Drink specials will be provided courtesy of Tinhorn Flats. Giveaways and prizes will be provided by She Rocks Showcase sponsors Casio, 108 Rock Star Guitars, and M•A•C Cosmetics.

There is no cover charge to attend the She Rocks Showcase, and an EXPO badge is not required to attend or participate in the Showcase. To learn more, visit www.thewimn.com/ascapshowcase.