By Laura B. Whitmore and Myki Angeline 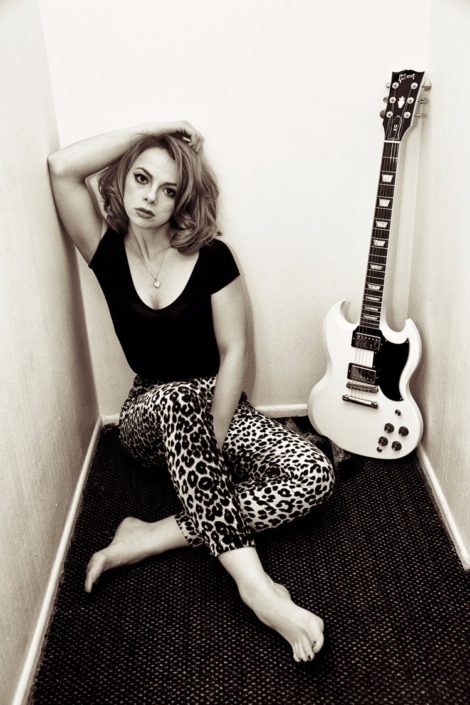 Guitarist Samantha Fish, best known as a blues player, ventured into a different sound with the release of her fourth solo album, Chills & Fever (Ruf Records). The record was released on March 17.

Collaborating with members of the blues/punk band Detroit Cobras, and adding a New Orleans horn section, Fish puts a new spin on classic soul songs from the ’50s and ’60s including covers of “Hello Stranger” by The Capitols, and “Hurt’s All Gone” by Irma Thomas.

The album has already received rave reviews from The Huffington Post and more. Guitar World said, “Chock full of swampy guitars, New Orleans-style horns and fronted by Fish’s powerful, blues-tinged vocals, I can’t think of a better representation of this story of regret.”

We caught up with Fish to discuss her inspiration behind the album, and find out what it was like to move into this new direction. She also shares her experiences working as a woman in the music industry, and the steady rise of women in music.

You can purchase Chills & Fever on her website here.

WIMN: Let’s talk about your new album. What prompted you to move in this direction?

SF: To me, it was a logical evolution of the band. I have so many different influences that make me who I am as a musician, and right now in the trio, soul music has played such a big part of my vocal style. My favorite singers are soul singers – it’s the stuff I try to emulate when I am singing, so it made sense to me to pull more of that into an album. We had the opportunity to pick from really great songs!

WIMN: How did you select the songs for the new album?

SF: It was a mix of songs between me and the producer, Bobby Harlow. Bobby knew of all of these incredible ’50s and ’60s girl groups like the Ronettes, and he pulled together some really incredible material – obscure stuff that I hadn’t heard before. We sent music back and forth for months saying “check this out!” before whittling it down. I am a huge Nina Simone fan, so a Nina song got on the record. “Crow Jane” by Skip James is on there as well. I know that’s not soul, but to me It felt like a cool song that needed to be redone. Not to make it sound like we were rigid in our perimeters in picking material; we wanted great songs we could redo with a horn section and keys. We featured members of the Detroit Cobras, so the sound is like Detroit soul/punk rock band meets New Orleans horns, and whatever the hell I’m doing. It was just fun!

Not to make it sound like we were rigid in our perimeters in picking material, we just wanted great songs we could redo with a horn section and keys. We featured members of the Detroit Cobras, so the sound is like Detroit soul/punk rock band meets New Orleans horns, and whatever the hell I’m doing. It was just fun!

WIMN: Do you think there is a growing appreciation for this style of music?

SF: I think so. I definitely think people are digging back into the older class of music like this because it’s good, it’s timeless, and it doesn’t go out of style. Over time it seems like people end up going back to the things that are tried and true, so if there is another resurgence of that, it makes sense to me.

WIMN: Your guitar sounds amazing. Can you tell us a little about the gear you are playing with?

SF: I am in such a gear transition right now! I have so many cool guitars, but my main axe is the Delaney guitar, which is a custom build that I have been playing for years. I have also been playing a new model SG which I am really in love with. For my acoustic sets, I play with a Taylor guitar, and then of course I have my favorite cigar box guitars – they’re a mess! My favorite one I am holding together with duct tape. I have people come and give them to me all the time. It’s the coolest, sweetest thing, but I am so attached to the one that I play, that I just keep taping it back up. Right now I am looking at getting a Jaguar, and I am getting another Delaney custom made (a 335 or 339). This is the year I am expanding my guitar arsenal.

WIMN: Would you say your approach to what you are playing and your tone changed for this new album?

SF: We were doing it all on vintage gear for this album, like Supro amps and really crazy old tube amps I had never even heard of before. They had tiny wattage and we would just crank them up. We had a lot of fun using vintage amps. I used my guitars and just dialed them to different tones. I got a guitar tech last year, and I had never used pedals before, EVER. I just wasn’t a pedal person. I would just plug into a tuner, and then into a big amp.  It was just about the amp, and the guitar for me. Slowly but surely my new guitar tech would say things like, “oh, you should try this Octave pedal. It’s going to sound bad ass!”  I fell in love with it because it was fun. I used Tremelo and Octave pedals on this album too.

WIMN: Will you be touring with the Detroit Cobras? Are you trying to get your touring band together?

SF: We are piecing it together at the moment. Kenny Trudick, who played drums with them for a long time, and had played guitar for Kid Rock years ago, is joining my trio, which includes my bassist Steve Nawara. We are working on the horn section and the keys out of New Orleans.

WIMN: Do you see more girls coming out to your shows now than you have in the past?

SF: I do! I see more women and that makes me feel good. I am seeing diversity at our shows, especially with the blues crowds who are generally a little bit older. I am seeing the numbers of male and female evening out, which is great.

It’s really cool to see young girls at a show. We played in Columbia, Missouri and there was this 15-year-old girl who came out. I felt bad because I popped off with a couple of bad words, and she was right in the front. I didn’t realize at first and I was wondering what she was doing in a bar. But she had me sign her guitar! She was a fan of mine and it was cool to see a young woman excited about guitar and just music in general. I remember being 13 or so – that was when I first starting seeing other women playing guitar. It shocked me because I didn’t know that was a thing, which is really odd. It definitely has its challenges, but I like being a girl and I wouldn’t change it for the world.

WIMN: Have you experienced challenges as a woman in the Blues genre?

SF: I’d say yes, there are definitely challenges, but I think it is challenging to be a woman in any field of work. It’s a little tougher; it’s kind of a boy’s club in a lot of different ways. In many ways it has been challenging, but at the same time it has added a bit of interest to what I’m doing. People will say, “oh, a girl playing guitar?”, and I hate that because you have so much more you have to prove. You really have to work a lot harder to prove that you’re not just here because you’re a woman. It does pique people’s interest and I think it’s just because it is not the norm yet, it’s not something that people always see. There are so many things that a female artist has to worry about that a male artists doesn’t as much. The aesthetic is so ingrained in us to work a lot harder on that, and sometimes it is a bit distracting from the music. I just try to stay focused on writing and becoming a better singer, becoming a better guitar player…that is all you can really do. 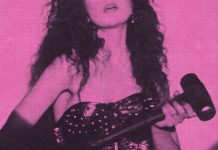 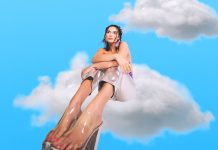 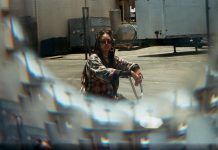