As a consumer of music you may not pay attention to how many artists playing on the radio, or on your Spotify list are female. It may not come to mind to ask yourself if a woman produced your favorite song, or if it was a woman who engineered the album of your favorite band.

But, if you are a woman trying to make a successful career in the music industry, those statistics matter. A lot.

Music, like a lot of industries is a male-dominated field. More specifically in the areas of songwriting to sound engineering, less than 7% of these areas are employed by women. But, make no mistake that these numbers certainly do not reflect the amount of women who are experienced and capable of creating music. 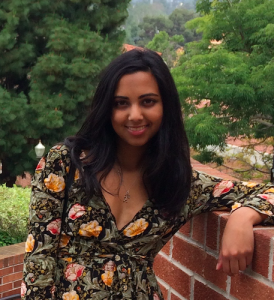 Meet Leyla Kumble. She is the creator of Girls Are Loud, a collective of female-identifying instrumentalists that provides solo songwriters with the resources they need to record all aspects of their song live – including studio space. Founded in 2016, Girls Are Loud makes its home in the heart of Los Angeles giving a positive space for artists to collaborate and network with other women. All the instrumentalists, engineers and videographers involved in taking the songwriter’s song from a seed to fruition are women.

Kumble, who learned to play guitar at a young age, has worked in artist development for quite some time, so she knew that creating an organization for women to feel welcomed and appreciated was needed, “In 2015, when I started delving deep into the history of women’s rights issues and growing curious as to why they’re absent from a lot of studios, or don’t feel comfortable in them, it tipped me into going a little further with the company idea and making it into a fully female run and populated endeavor.” says Kumble. She interned for 3 years with A&R, and has worked with film composers at WME Talent Agency.

One of the key components to the success of Girls Are Loud is in their ability to provide a comfortable and relaxed work environment for women who have far too often felt like the minority in a room full of men.  Says Kumble, “I’m introducing female musicians to each other. I’ve watched friendships form and collaborations emerge because of those introductions.”

So far, Girls Are Loud have worked with three artists, and just signed Adetola (video above). Kumble is embarking on investor rounds to build GAL into a sustainable record label.

You can learn more about Girls Are Loud on their website: girlsareloud.squarespace.com