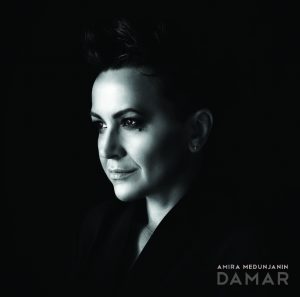 Singer, humanitarian, and global ambassador for the culture and music of her native Bosnia & Herzegovina and the wider Balkan region, Amira Medunjanin has been described as “one of the great voices of her generation, and almost certainly the finest from eastern Europe.” (Observer) and an artist with a “voluptuous voice which hovers enticingly between East and West.” (Uncut).

Her latest album, Damar is described by Rock Paper Scissors as a pulse, a life force, a beating heart. The music style Sedvah, which is the Bosnian version of the Blues was learned by Medunjanin from her mother, a 500 year old tradition beautifully mastered on her latest creation. Much like American Blues, these songs of secret love and sublimated melancholy are used to cope and to heal. Medunjanin’s vocals are soothing with a sense of longing, capturing the essence of the Blues.

Amira Medunjanin will tour the U.S. and Canada for the first time to promote Damar in November 2016. To learn more about this sensational artist and her tour dates you can visit her website here.

Below is a video by Amira Medunjanin for her song, “Eleno kerko”: