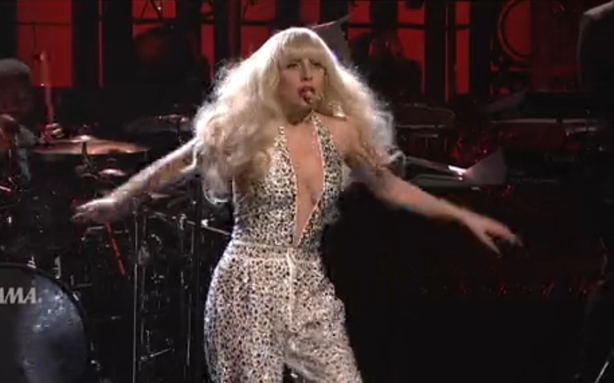 Lady Gaga is no stranger to controversy, so we’re not surprised to see her heat things up on stage during her musical performance on Saturday Night Live with R. Kelly his past Saturday, Nov. 16.

The pop singer performed two tracks off her recent album Artpop, including her duo with R. Kelly “Do What U Want,” and power ballad “Gypsy.” For her act with Kelly, Gaga simulated sex on stage and, well, left little to the imagination.

Still, as racy as her performance with R. Kelly may be, we don’t think it matches Miley Cyrus’ showdown during the MTV VMA awards – and that’s not a bad thing.

Watch her performances below: