The band has gained a reputation for their widely toured live show, which WXPN praises as “blistering” and Brightest Young Things says is “steeped in attitude and energy. Thao Nguyen is a hell of a performer with an electric enthusiasm…she seems to command your feet to dance.” The dates follow a string of festival appearances at Bonnaroo, Outside Lands, Austin City Limits, Newport Folk Festival, Hardly Strictly Bluegrass, Bumbershoot and more.

The band recently finished recording a new album, due in the spring of 2016. Stay tuned for more news and watch a teaser here.

Based in San Francisco after growing up in Falls Church, VA, Thao Nguyen first picked up a guitar at age 12. She has released a trio of critically acclaimed records, 2008’s We Brave Bee Stings and All, 2009’s Know Better Learn Faster and 2013’s We The Common with her backing band The Get Down Stay Down. Nguyen has toured the world extensively, including a U.S. tour with the nationally syndicated NPR program “Radiolab,” and performed on an episode of PBS’ “Austin City Limits” last year.

THAO & THE GET DOWN STAY DOWN LIVE 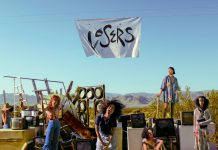 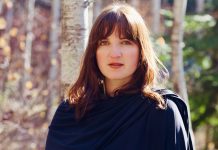 Beth Whitney Releases ‘Into The Ground’, an ASMR Experience From Beginning To End