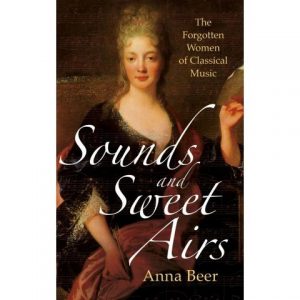 On May 22, NPR’s Rachel Martin interviewed author Anna Beer on her new book Sounds and Sweet Airs: The Forgotten Women of Classical Music. The book spotlights forgotten women composers of the past and why they are important to study today.

Some of the 17th century female composers Beer writes about include Clara Schumann, Fanny Hensel, Lili Boulanger, Barbara Strozzi, and many more.

The book explains how women were treated equally when it came to performing, but seldom remembered for their musical compositions. They were recognized as wives, sisters, mothers or daughters, but not as individual composers.

Sounds and Sweet Airs: The Forgotten Women of Classical Music shares Strozzi’s story and many others, inspiring the female composers of today.