Skating Polly, formed by step-siblings Kelli Mayo and Peyton Bighorse, premiered the official music video for their song, “Free Will at Ease,” via Ladygunn. The band also announced West Coast dates for their headlining US winter tour with all-female rock band Pottymouth. “Free Will at Ease” is off of Skating Polly’s fifth studio album, Make It All Show.

The music video premiere also came with an interview on Ladygunn where the band explained, “The video is supposed to reflect what the song is about to me. I began writing it when I first started dating my ex-boyfriend and I meant for it to be a love song. As it went on he started to show who he truly was but I was still telling myself he was perfect for me. The song for me is about feeling trapped and not knowing how to get out. I was too prideful to admit he wasn’t a great guy, too scared of losing who I was to break up with him, and too angry to talk to anyone about it. So I distanced myself from everyone who cared about me most and went deeper and deeper into this toxic relationship. As the song goes on it gets little more optimistic as I realize that I can still be who I am without him.”

The full tour schedule is below. For more information, check out Skating Polly’s website. 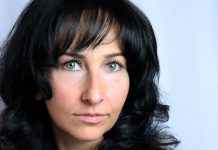 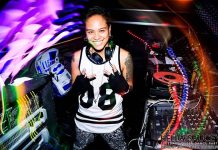