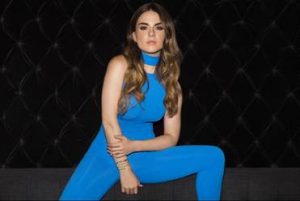 Mad Love. is preceded by the powerful new single, “F*** Apologies.” (Feat. Wiz Khalifa), available on the iTunes Store and all DSPs. The track is accompanied by a striking companion video, directed by A$AP Rocky and EMMY® Award-nominated filmmaker Francesco Carrozzini (Beyoncé, Sia, Lana Del Rey), which you can watch below.

JoJo is currently heralding Mad Love. on a major North American arena/amphitheater tour alongside Fifth Harmony, with dates continuing through mid-September. In addition, JoJo is slated for a number of festival appearances, including England’s estimable V Festival (set for August 20 and 21) and Seattle’s own Bumbershoot (September 3).