Singer-songwriter Neko Case has expanded her headlining tour with new dates starting September 2018 in support of her forthcoming album, Hell-On, set to be released on June 1. Thao of the Get Down Stay Down will be joining Case as the supporting act for these dates. Hell-On was self-produced by Case, and last week she shared the second single, “Bad Luck,” which Rolling Stone praised as “an indie rock gem…injected with a twinge of sorrow, but also a playful existential shrug.”

Case’s full tour is listed below with the new dates in bold. For more information check out her website. 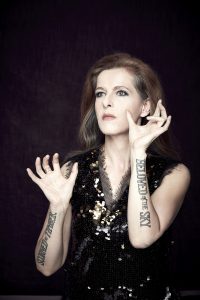 *w/ Ray LaMontagne
^w/ Thao (of the Get Down Stay Down)