With Christmas less than a month away, Meghan Trainor reveals the heartwarming music video for her fan favorite holiday original “My Kind of Present.” It’s a standout from the Deluxe Edition of her holiday album, A Very Trainor Christmas [Epic Records], available as a digital exclusive now. Listen HERE.

In the visual directed by renowned choreographer, artist, and director Charm La’Donna [The Weeknd, Dua Lipa, Kendrick Lamar], Meghan sits with her infant son Riley as she reads him his own fairytale in Rileys Book. The clip intercuts vignettes of the superstar as she wraps presents flanked by backup singers, gets ready in a Marilyn Monroe-style satin robe, and performs with reindeer ears. It ends with the hint of a new tradition for her little family as the camera focuses on the book and its dedication to Meghan and Riley from Daryl. It might just be her warmest and most wonderful video yet!

Last month, she teased the album’s arrival with the release of her take on “Rockin’ Around The Christmas Tree.” Right out of the gate, it incited widespread critical applause. The Honey Pop raved, “It helps tie in that classic feel for such an iconic holiday song and builds on the nostalgic flair Meghan has added to hits like ‘All About That Bass,’ ‘Dear Future Husband,’ and ‘What If I’,” and Just Jared JR. touted it on New Music Friday. Popping up everywhere this month, Meghan also just shared her “Go-To Karaoke Songs” with E! and also sat down with The Today Show for an exclusive interview about A Very Trainor Christmas and more.

Meghan Trainor first made history in 2014 with her diamond-certified smash single “All About That Bass.” Since then, the award-winning singer, songwriter, and multi-instrumentalist has garnered a GRAMMY® for Best New Artist, achieved eight multi-platinum singles and two platinum albums, sold out three world tours, penned multi-platinum hits for peers across pop and country, and received countless industry awards and nominations. Expanding her influence on pop culture, she starred on FOX’s hit series THE FOUR: Battle for Stardom for two seasons and on the superstar coaching panel of The Voice UK alongside Sir Tom Jones, will.i.am, and Olly Murs. She kicked off 2020 with the release of her third full-length album, Treat Myself (Epic Records), which includes the platinum smash “No Excuses” as well as blockbuster anthems and collaborations such as “Nice To Meet Ya” [feat. Nicki Minaj], “Genetics” [feat. Pussycat Dolls], and “Wave” [feat. Mike Sabath]. At the end of 2020 she released her first-ever Christmas album, A Very Trainor Christmas, featuring the #1 holiday radio single “White Christmas.” Trainor began 2021 by penning a deal with NBCUniversal Television and Streaming Entertainment for a cross-platform partnership. Coming this fall, we’ll get to watch her as the host of Top Chef Family Style on Peacock and as a judge on Clash of the Cover Bands on E!. 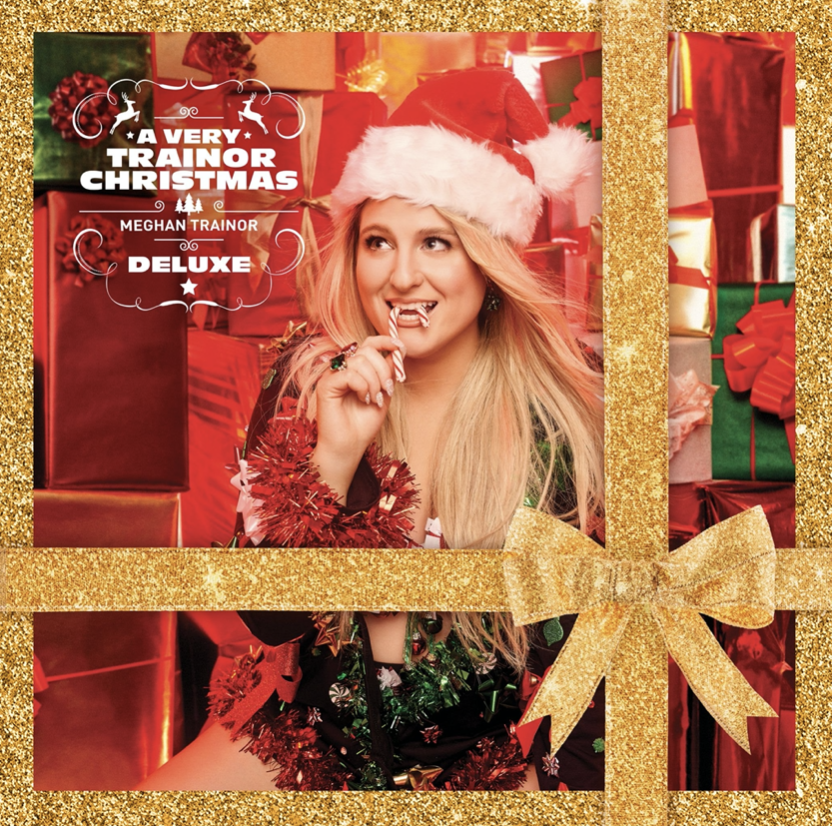