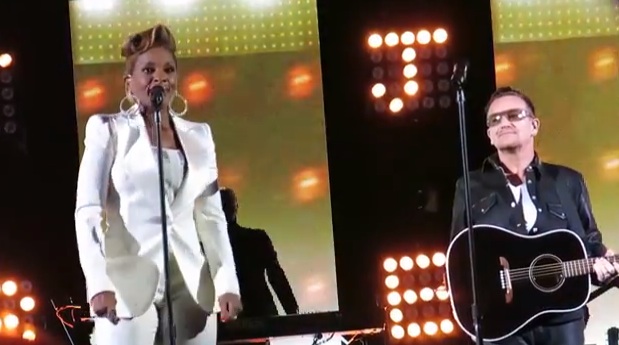 Together they performed U2’s “One” and “Moment of Surrender.” The event raised over $80 million and also featured performances by Paul Simon, Sting and Elton John.

Watch the duo performing “One” below: