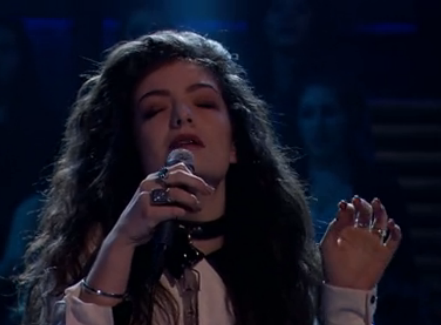 Lorde made her American television debut last night (Oct. 1) on Late Night With Jimmy Fallon where she performed two songs off her album Pure Heroin, which dropped last week.

The 16-year-old from New Zealand opened with her first single and major hit “Royals,” and also performed “White Teeth.”

Check out the performance in the videos below: