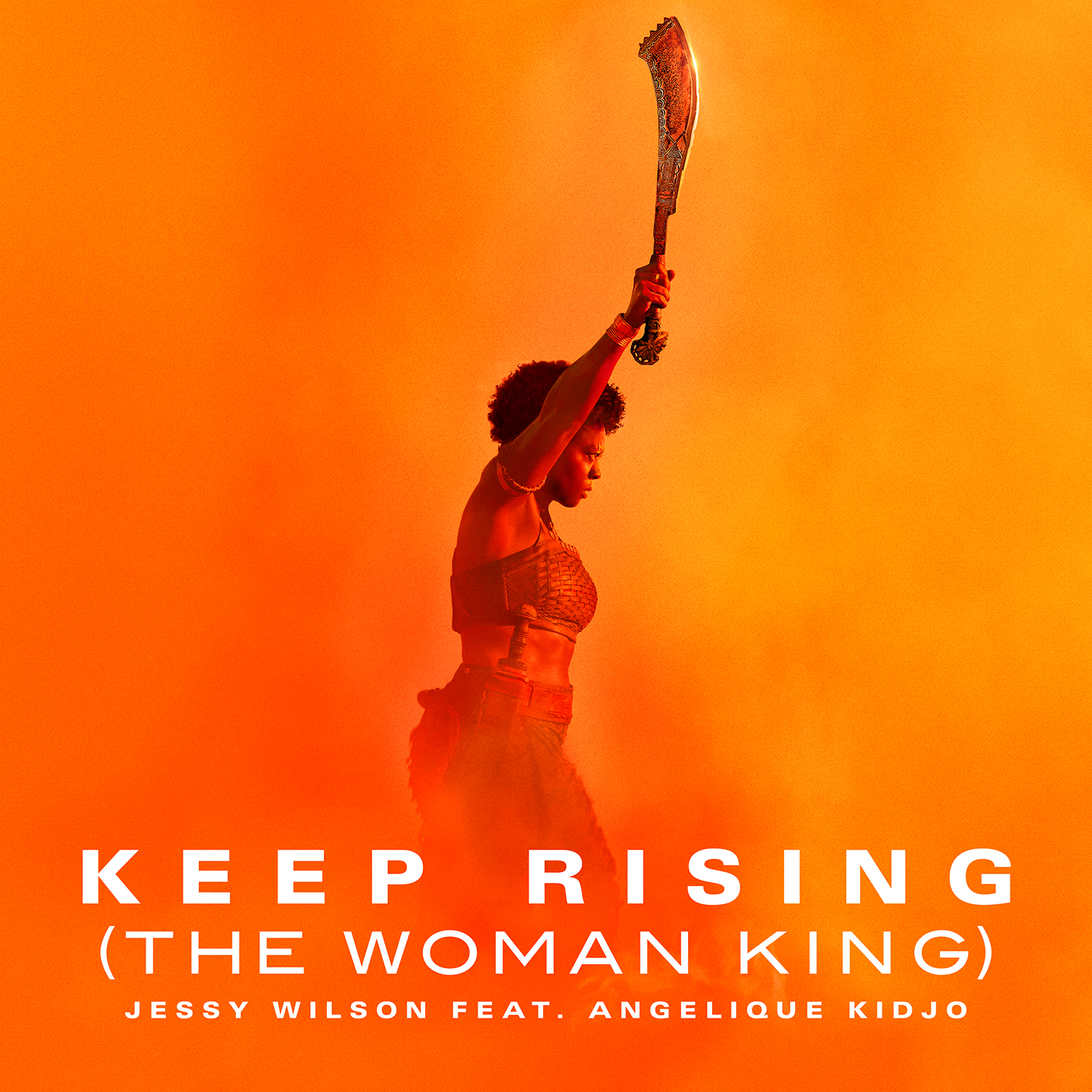 GRAMMY-nominated singer-songwriter Jessy Wilson released a stunning live performance video for her anthemic song, “Keep Rising (The Woman King),” her single and end credit theme of The Woman King, released via Milan Records as part of the original motion picture soundtrack. The video was shot and directed by Sandra Wallbank and was shot and recorded in the studio where Wilson originally wrote the song with Jeremy Lutito.

You can stream it here: “Keep Rising” from The Woman King (Original Motion Picture Soundtrack)

This incredible moment comes in spite of a season of darkness in Wilson’s life. Wilson first became deeply disillusioned with her music career during the pandemic. Losing her will to record and write music, and sinking into a deep depression, whilst exploring other creative expressions including visual art. She became pregnant but then suffered a devastating pregnancy loss. Wilson and her husband had named their future son, Willing Reve McFarlin. She continued to try and write music, creating “Keep Rising” as a message of hope to herself and others, before she departed from her publishing deal, and almost giving up on music, and life, altogether.

She then learned that her unknown but undeniable song, “Keep Rising (The Woman King),” had been selected to be featured in The Woman King, and she received the news on the very day her son was due to be born. Reflecting on her experience, Wilson stated, “Those months being pregnant were some of the best days of my life. It was a transcendent experience that was cut short when my water broke in my 16th week, and then the darkness came back with a raging force. I was paralyzed. I couldn’t understand why this season of despair was lasting so long.”

Wilson added, “I’d convinced myself that it was better not to dream. That was until I heard the news. I got word that Keep Rising would be the lead song and would play during ending credits. On my son’s due date?? The Woman King??? The cosmic implications were impossible to ignore. I felt like my son was sending me a message from beyond.”

Recorded as a duet between Wilson and “Africa’s premiere diva” Angélique Kidjo, who complements Wilson’s soulful vocals with her traditional African melodies. Kidjo stated, “I’m excited to be bringing the spirit and the energy of the Agojie warriors to this inspiring song.”

“Keep Rising (The Woman King),” is a powerfully inspiring and uplifting song that captures the bravery and spirit of the onscreen warriors. Alongside the movie, the track has become an inspiration to a generation of Black women and is gaining rapid traction across social media sites like Tik Tok and Instagram Reels. Jessy Wilson stated, “I feel deeply connected to this film and what it means for black women and girls and the message it sends to our creative industries. We black women are not to be ignored; we will be seen. We will be heard, and we will light the way. I know that Viola Davis and Gina Prince-Bythwood have their battle weapons in hand, and I have mine! We are fighting the same fight from different angles, and I have no shame in aligning myself with that mission. I have already been in that fight. I’ve already lost battles in that fight, but ultimately, we will win the war.”

Written by singer-songwriter and vocalist, Jessy Wilson, alongside Jeremy Lutito and featured in the TriStar Pictures’ action drama, which shares the remarkable story of the Agojie, the all-female unit of warriors who protected the African Kingdom of Dahomey in the 1800s with skills and fierceness unlike anything the world has ever seen.

Of the track, The Woman King director Gina Prince-Bythewood says, “An end title song is so important because you are curating the emotional end for your audience as they leave the theater. Jessy and Angélique have given us an incredible song that gets me incredibly hyped and inspired. Our film is a period piece, and ‘Keep Rising’ lyrically and sonically gives us an incredible bridge to the present. It is also a beautiful meld of cultures, most notably the culture of Benin where our incredible warriors are from. It is the perfect last flourish for The Woman King.”

Prior to launching her solo career, Jessy Wilson’s resume included musical theater, international tours as a backup singer with Alicia Keys and John Legend, fronting the acclaimed duo Muddy Magnolias and GRAMMY-nominated songwriting collaborations with everyone from Usher and Kanye West to Faith Hill and Macy Gray. 2019 saw the release of her debut solo release, Phase, which drew critical acclaim from Rolling Stone, who praised her “irresistible jams” and V Magazine who stated, “Jessy Wilson is making the best kind of untraditional rock music.” In addition to her own album that year, Wilson appeared prominently on 6 tracks on Tyler, the Creator’s #1 GRAMMY-winning album, IGOR. She has toured extensively in support of Phase including tours with The Black Keys and Modest Mouse, Gary Clark Jr., Michael Franti, Ben Harper and Trombone Shorty, and Michael McDonald and Chaka Khan, as well as supporting The Heavy across Europe.