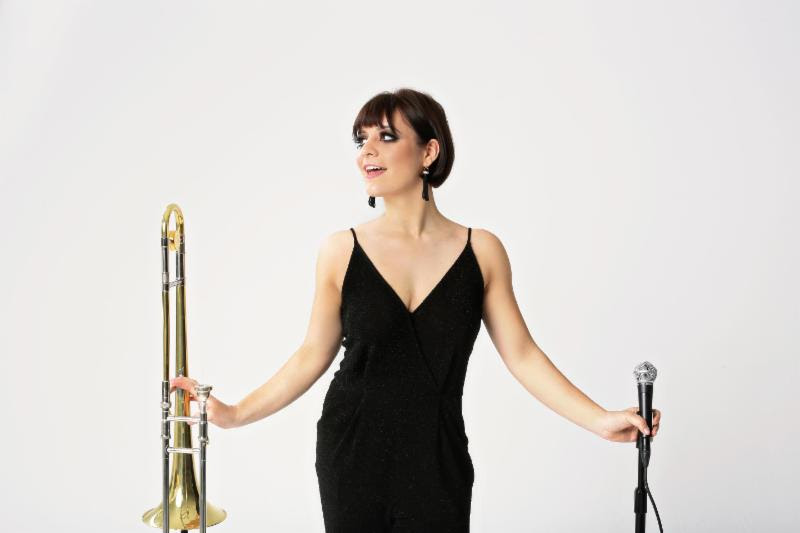 Aubrey Logan is Jazz and so much more. She is best known for her unique swing-tinged, trombone-laced pop performances. Logan just wrapped up an 11 city U.K. tour as a featured artist with Scott Bradlee’s acclaimed Postmodern Jukebox.

She now has embarked on a U.S. tour which starts Aug 4 in Atlanta, GA, as well as headlining jazz festivals in Boston and Bakersfield. Logan will perform in seven major cities to promote her new album Impossible which is set for release Sept 1.

Visit her website to purchase tickets in a city near you: www.aubreylogan.com

Her new album is a collection of nine original tracks and three covers; showcasing Aubrey’s incredibly talent to combine a four octave vocal range with unparalleled musicianship and unbounded creativity. Logan’s many accolades include winning the Montreux Jazz Festival Competition and performing with legendary artists like Pharrell Williams, Josh Groban and Dave Koz.

Below is the official video for her new single, “Pistol” from her new album Impossible!