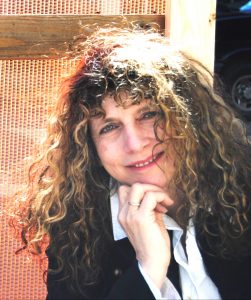 When it comes to album artwork, Judith Salavetz is a household name in the industry. She and her creative partner Spencer Drate are legendary, multi award-winning music album designers who have curated for such artists like The Beach Boys, Billy Squier, Bon Jovi, Joan Jett, Lou Reed, Dee Dee King – along with 25 artists who have been inducted into the Rock N Roll Hall of Fame. Their list of accolades is jaw-dropping; being included in MoMA, AIGA, major museum/gallery shows and major touring shows, judging album packaging every year for the Making Vinyl event, and having authored/packaged 21 pop-culture books.

Judith, who began her career in 1982, is an artist first and foremost preferring the use of physical medium over digital platforms.  Books like Art of the Modern Movie Poster, Creating Comics!, VXF Artistry, and Five Hundred 45s are perfect examples of Judith and Spencer’s creative partnership. Recently the pair was interviewed on Volume (Sirius XM Radio) by Mark Goodman and Alan Light, and were nominated for the 2019 National Design Award. I connected with Judith to learn more about her prolific creative process, the pivotal moment when she stopped being the “silent partner”, and what she has in store for 2020.

WiMN: You were working as a waitress when you met Spencer Drate, which ultimately changed the course of your career forever. What was your future plans prior to meeting Drate?

WiMN: Marketing has evolved from physical covers to social media artwork. What has that process been for you in regards to artwork creativity over the years?

JS: I have not designed for social media platforms. Historically to present day we design for everything in the physical realm. I come from a place where I design, I paint I create art and for me, it becomes physical and real. I can touch it, I can feel it, even smell it. I can view it and touch it at the same time. This process of designing, creating art becomes truly meaningful and immensely satisfying.

For example, the special packaging for Lou Reed; Magic And Loss Limited Edition metal box and The Velvet Underground; 1993 Live Tour Limited Edition peel-off banana Mylar CD package (reminiscent of colorforms) and The Velvet Underground; 1993 Live Tour point of purchase poster were awarded Best Marketing Poster by Billboard Magazine in 1993. With these few examples, one can understand the importance of touching, holding feeling at the same time seeing the actual pieces of art created directly in a 3D format in front of you. 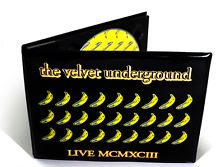 Drate & Salavetz designed for countless music industry legends and to our credit have worked for 25 Rock Hall of Fame inductees. We were both nominated for the 2019 National Design Award. Our LP designs and 45 sleeve designs have been inducted in The Rock n’ Roll Hall of Fame and AIGA archival collections, as well as displayed in major museum/gallery shows.

WiMN: A great deal of quality time and effort are put into each project, particularly the special edition works like box sets, and sleeve inserts. Which of your projects took the longest to produce and why?

JS: We always had plenty of time conceiving and designing for all of our projects including the “special packaging”. Time was only of concern when it came to deadlines. Keep in mind with music-related designs we were usually faced with meeting album release dates. There was never a problem dealing with the simplest to the most complex of elements. My partner and I had chemistry; a magical skill if you will that we bounce ideas off of one another and solutions appeared fast and furious!

Clients loved our design and the speed with which we came to solving the design issues presented. We are proud and honored to say we never had any changes made on completed designs! 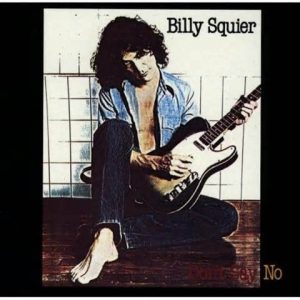 Two of our FASTEST design projects:

Billy Squier-Don’t Say No major multi-platinum rock album, and The Beach Boys-Summer in Paradise award-winning album packaging/design. Both album packaging completed in 48 hours to the clients and printers!

WiMN: Of the 21 books you have co-authored and produced, would you please share with us one of your favorites and why?

As art directors and designers, we noted how other young designers were losing site of how there are so many ways to approach graphic design, actually all design. Many designers were mostly dependent on the computer alone to create their visions. Yes, There were ways to manipulate within applications, programs but we saw and understood there were other ways. The process of creating something with found objects, playing with them and bringing that into the computer. From that point on, a new and innovative design can be born. And so the birth of the book; Foundations. This book profiled some of the best designers in this area and the results of their designs literally using found objects. My interior design for this book was award-winning and one of my favorites. I was free to do whatever I wanted and played with an abundance of colors and lines. So much fun, so satisfying! 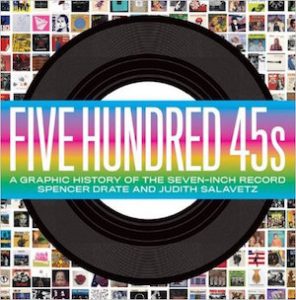 I also have to mention the book, Five Hundred 45s: A Graphic History of the Seven Inch Record. This book was so much fun to design. Looking at open spreads, at first you see the 7” covers and do not notice there is something interesting about the 2 opposing covers. The pairings were purposely done matching different design elements/themes within the covers. You can see how art has an impact on the saleability of the sleeve. The book is also the most comprehensive compilation of 45rpm record sleeve graphics available in book form on the market today.

WiMN: In a recent interview you did with The Rumpus, you talk about what it was like in the beginning years. How you were the “silent partner” during the preliminary meetings, not wanting to make waves because you are a woman. When did your mindset and confidence change, and how has that affected your work and partnership with Drate?

JS: The Chauvinistic attitude I experienced through the years had nothing to do with making waves or not making waves. They existed because they come from the society we live in and I responded accordingly. I was present at meetings. To the clients, I may have been physically there but when it came to eye contact or conversations or questions or directions discussed, all were directed at my male partner. I was rarely included in the overall initial talks regarding “The Project”. 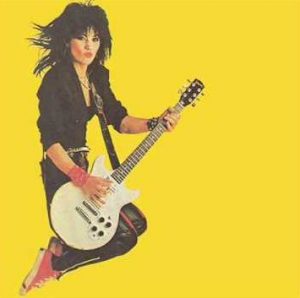 Later, Spencer and I returned to our studio, sat down and began to brainstorm and plan. Having attended the meetings where not only was my body present but my brain was present, too! I was well aware of exactly what the client wanted. We then collaborated and came up with combined creative solutions. It took many years before I asserted myself. Sylvia Reed, (Lou Reeds’ creative director) helped me with that. She was one of the first clients to directly respect my creative abilities. I later learned from her that she too had a difficult time being respected, taken seriously when she worked with Lou as his creative director. All because she was a woman. This discrimination toward females still exists today but we now have the “ME TOO” movement and hopeful for the future. Women are braver these days and speak up when faced with discrimination in all its forms. We are willing to face whatever comes our way!

WiMN: How did you end up designing 6 albums for Joan Jett? Amazing, btw!

JS: The first album cover design for Joan Jett we worked on was called ALBUM -Joan Jett and the Blackhearts. (The famous jump shot of Joan was photographed by Dieter Zill). 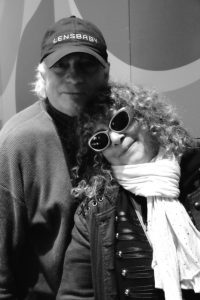 JS: Drate and I are planning an Album Cover Art Show: “The Art of the Vinyl Cover” inspired by the incredible vinyl resurgence. We are curating this first of its kind album cover art show. The plan is to televise the show on Youtube in December 2019. Over 100 of the best internationally selected “best designed”12”/7” covers/sleeves many never before seen. It will be a permanent Gallery Show on Youtube. Following the Youtube cover show, we plan a more expansive Vinyl Cover Show. This will take place in NYC and depending on its reception and success, travel to major cities in the states and possibly major international cities.

We are also working with a documentary director in the prospects of shooting a film encompassing the music design life of Drate + Salavetz, IT IS A LONG WAY TO THE TOP!